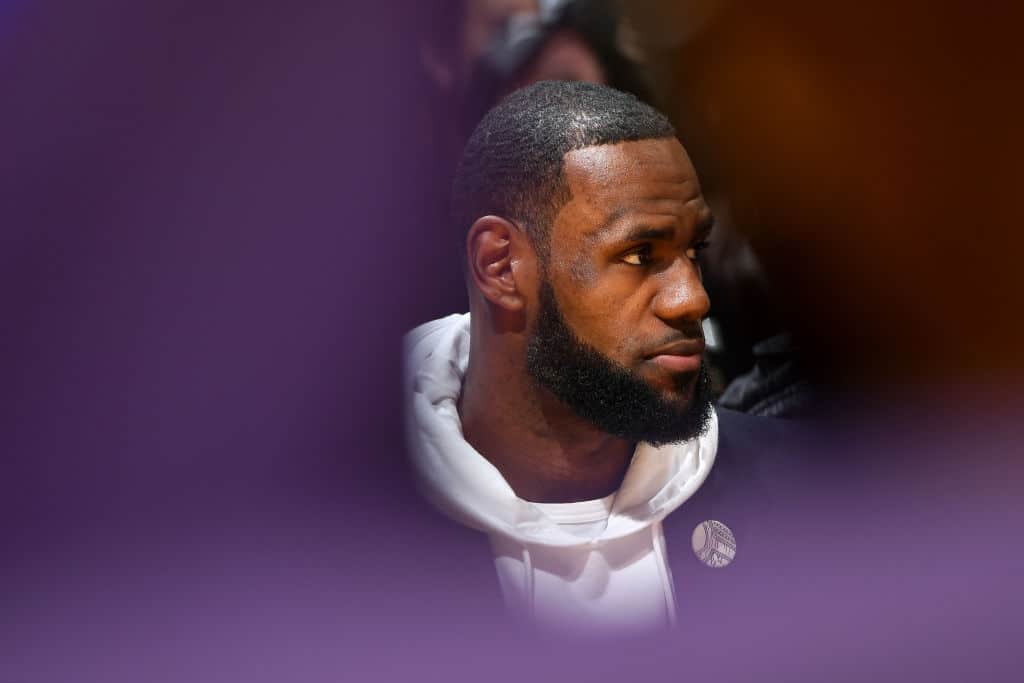 Danny Ainge joked that LeBron James Is maybe “taking the Donald Trump approach,” trying to sell himself as the greatest player in NBA history.

The Celtics’ president of basketball ops says “LeBron is in every conversation” when it comes to the G.O.A.T. debate.

Final hour of @Toucherandrich: @danielrainge talks @celtics performance and injuries. Plus his thoughts on @KingJames. Plus more on the @steelers and #TheStack.https://t.co/VzghNw9wKt@FredToucher @KenGriffeyRules

Ainge adds that he believes James is better than former teammate Larry Bird.

“His career’s not over,” Ainge said on 98.5 The Sports Hub’s “Toucher & Rich.” “I’d just like to — why he’s saying that, I don’t know. Maybe he thinks that that sells. Maybe he’s taking the Donald Trump approach and trying to sell himself. I don’t know.”

When asked for his own opinion on the GOAT debate, Ainge gave a diplomatic response.

“Obviously LeBron is in every conversation with who is the greatest player of all time,” Ainge said. “But time will tell. I don’t know if anyone knows who the greatest of all time is, because the years are so different.”

Ainge did make one surprising admission, though: He’d rank James ahead of his former Celtics teammate, Hall of Famer Larry Bird.

“LeBron went to the Finals,” Ainge said. “I would have to say (he’s better than Bird), just because he was able to have more durability and play at a top level of his game for longer.”

Related
LeBron James: 2016 Title ‘Made Me the Greatest Player of All Time’