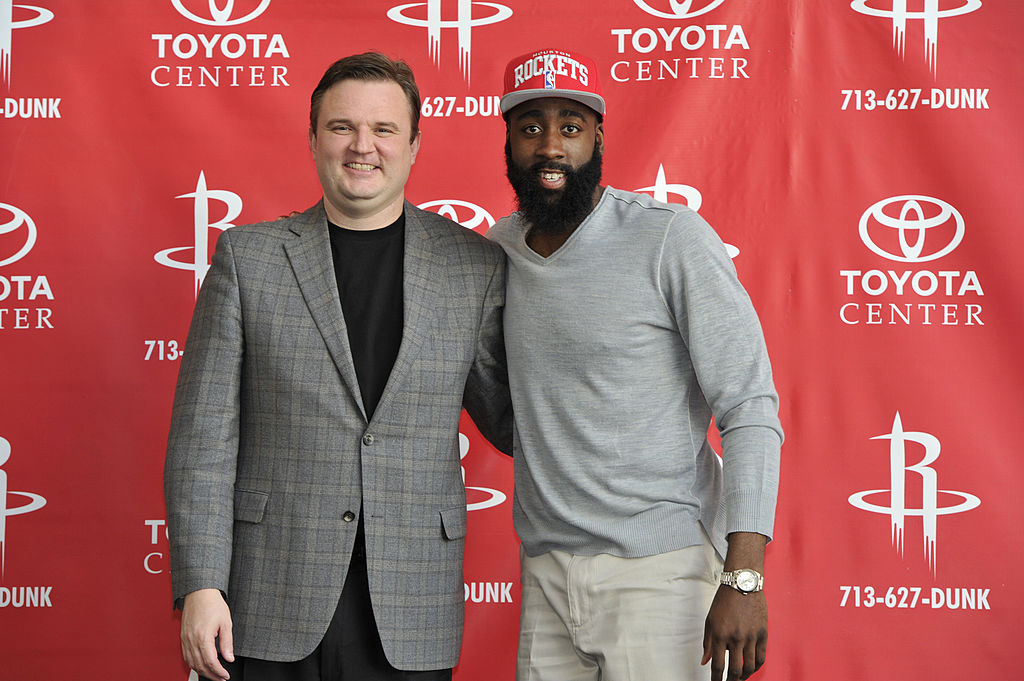 Shortly after stepping down as general manager of the Houston Rockets, Daryl Morey took out a full-page advertisement in the Houston Chronicle to thank the organization for 13 great years.

At the top of the advertisement was a photo of Morey and Harden, showing just how much he meant to him. Of all of the photos during his tenure with the Rockets, this one stuck out to him to include. Towards the bottom of the page, Morey would include five powerful words, in bold, “James Harden changed my life.”

He would go on to say more about Harden and all that he has done for him personally and for the game of basketball as a whole.

“An entire page could be dedicated just to James. He not only transformed my life but also revolutionized the game of basketball — and continues to do so — almost no one has before. The game is played differently because of James, and on every playground in the world, the next generation of talent is studying and imitating his game… I will be rooting for James to win a championship in Houston. It’s how this story should end.”

Harden truly has done so much for Morey and the entire Rockets organization. Although he hasn’t brought them an NBA championship, he has given them many great years, with more to come. Since Morey traded for Harden in 2012, the Rockets have not missed the playoffs.