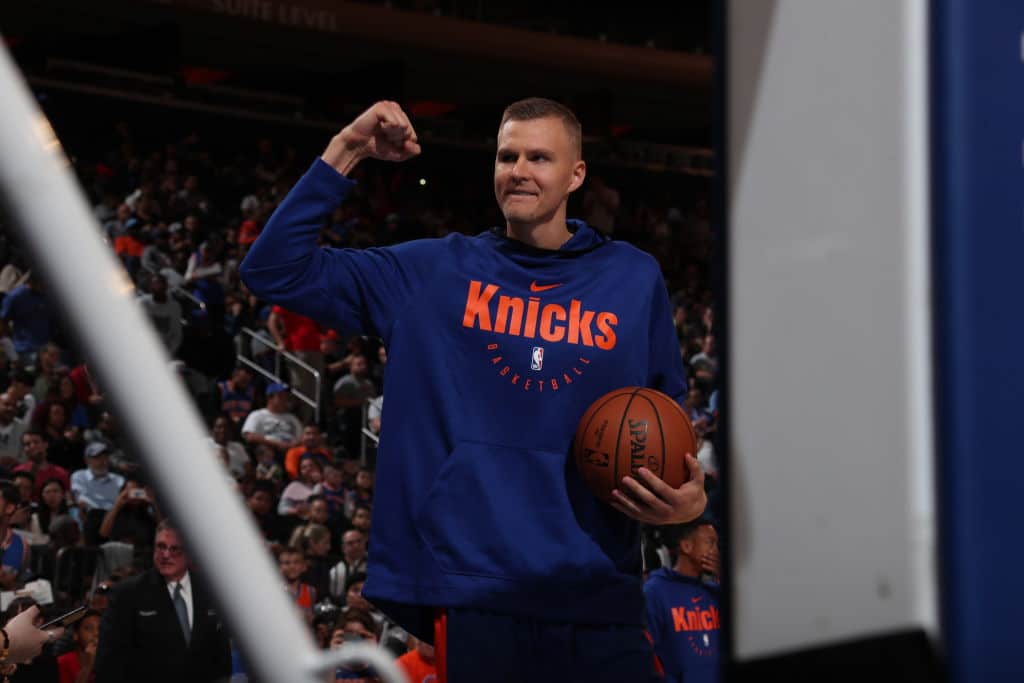 Fizdale says the 23-year-old is only shooting and jogging lightly, but Porzingis posted images showing him sprinting down an outdoor track.

But the #Knicks star took to Instagram to try to prove he's able to do more than that 👇https://t.co/lrme35SLiY @SBondyNYDN pic.twitter.com/psOjv8alZ3

Fizdale adds that New York’s coaching staff is focused on the active roster, and “not even planning on KP at all.”

David Fizdale said he was mistaken yesterday to say Porzingis has not started sprinting, was unaware that the forward was sprinting on his own at a nearby track. He called KP this morning and cleared up misunderstanding.

“He’s still kind of there,” Fizdale said. “Not huge jumps.”

But at this point, the Knicks don’t have a firm grasp on whether Porzingis will return at all this season. In addition to consulting Knicks doctors, the forward employs his own medical team, separate from the franchise. His Instagram photos were an indication that he’s doing more work off the court, and Fizdale even acknowledged he’s out of the loop regarding Porzingis’ strengthening benchmarks.

“I’m looking at these guys right now. I’m not even planning on KP at all,” Fizdale said. “I can see instantly how he fits, but I’m just trying to keep my mind focused on them. Because that would just be a huge distraction for me mentally, hoping and wishing for KP, that 25, 28 points, 10 rebounds and five blocks, whatever. I’ve got to lock in on these young bucks, keep them up to par.”