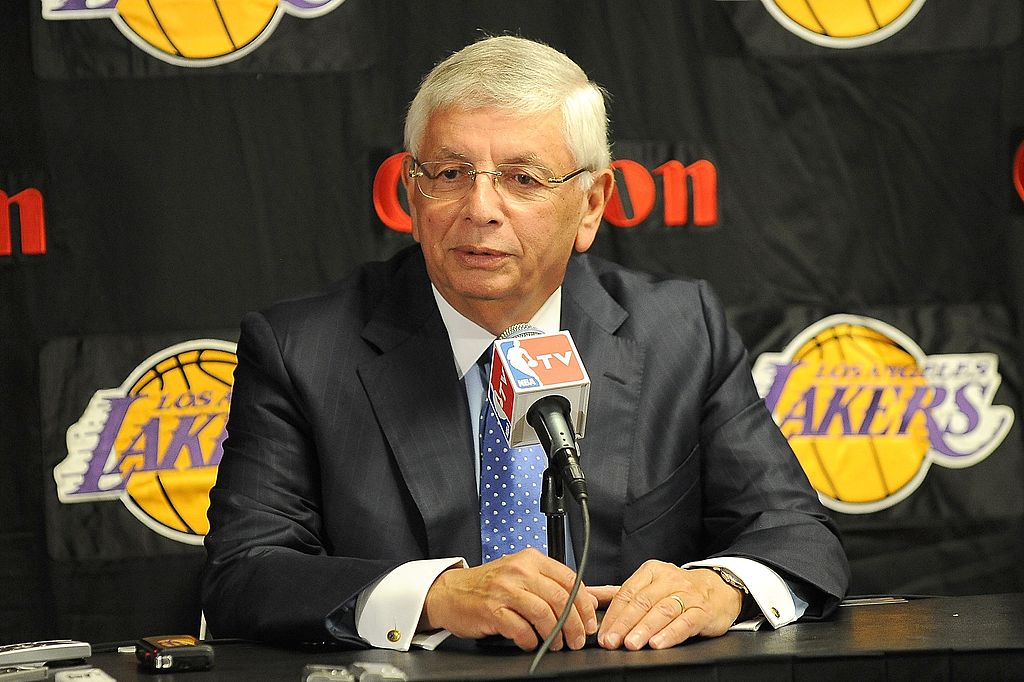 David Stern says Chris Paul would be a Laker had GM Mitch Kupchak not “panicked.”

According to the former NBA commissioner, Kupchak got jittery when the blockbuster 2011 trade was being reworked and ruined everything by shipping Lamar Odom to the Dallas Mavericks.

Stern ended up infamously vetoing a proposed swap that would have sent Paul to the Lakers, Pau Gasol to the Houston Rockets, and Kevin Martin, Luis Scola, Lamar Odom, Goran Dragic and a 2012 first-round pick to the New Orleans Hornets.

Per the Nunyo & Company podcast (via ESPN):

“In the course of the weekend, we thought we could redo the deal,” Stern said. “We really thought that Houston would be ready to part with [Kyle] Lowry, and we had a trade lined up for Odom that would have gotten us a good first-round draft pick. Not we, but my basketball folks.

“But Mitch Kupchak at the time panicked and moved Odom to Dallas. So the piece wasn’t even there for us to play with at the time. So that was it — just about what was good for the then-New Orleans Hornets.”

Stern acknowledged on the podcast that there was an inherent conflict of interest in his role as NBA commissioner and as the owners’ rep for the league-owned Hornets.

Related
David Stern: ‘There Was Never’ a Chris Paul Trade to the Lakers