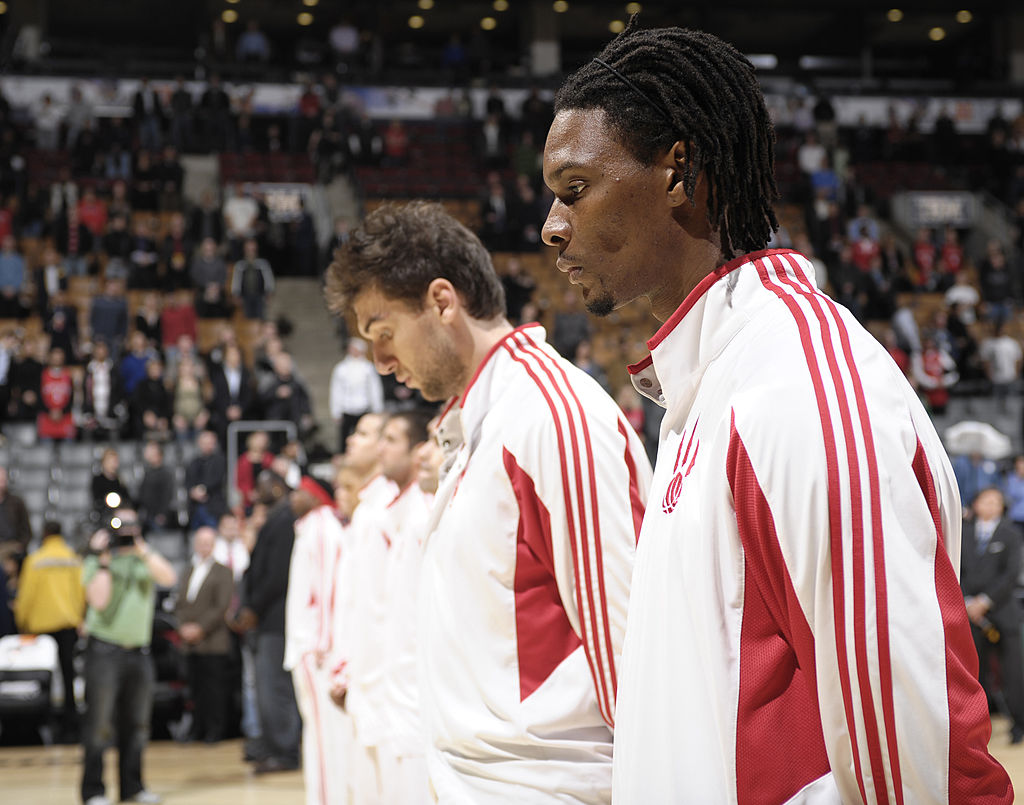 While the Toronto Raptors landed the No. 1 pick in the 2006 NBA Draft, their fortunes never did end up translating directly to success in the win column. According to former NBA All-Star David West, that may not have been entirely their fault.

“The reason why that sh** didn’t work is because the NBA let us beat them up,” West told Spencer Davies of Basketball News and other peers on an NBA Finals watch party live steam.

Chris Bosh and Andrea Bargnani right now, they would blow this NBA out of the water. They were damn near impossible to guard. I’m serious.

Bosh and Bargnani shared a frontcourt for four years, from Bargnani’s selection as the top pick in 2006 to Bosh’s decision to leave the Raps for the sunny confines of South Beach in 2010. During that span, West was starring for an upstart New Orleans Hornets team, earning All-Star berths in 2008 and 2009.

Bargnani and Bosh were both stretch bigs at a time when bigs were still mostly expected to bang in the paint. Per West, the league’s rules at the time didn’t exactly reward their unconventional approach to the game.

“The only reason Bargnani didn’t have a [successful] career was because the referees let people like me beat him up,” West added. “In today’s game, he would be killing because he would be protected.“

During his seven-year run with the Raptors, Bargnani averaged 15.2 points per game while shooting .361 from beyond the arc. He put up 4.1 three-pointers per game in two different seasons, a mark that seems modest by today’s standard but was good enough to put him among the league leaders at his position at the time.

Bargnani’s middling tenure with the Raptors ended when he was shipped to the New York Knicks in 2013 and the Raps have made the postseason every year since.

Bosh would go on to a well-deserved decorated final chapter with the Miami Heat but Bargnani’s star soon faded altogether. He lives on in the hearts of Canadians from coast to coast every time they see a Primo’s Pasta commercial.

Would Bargnani’s legacy be different if he were playing today as opposed to 15 years ago? Would he be celebrated as a young promising unicorn in the same way that Jaren Jackson Jr. is? At least offensively?

What isn’t hard to do is appreciate West for giving love to a former peer at a time when retired vets more frequently make headlines talking about how much better they would have fared on a personal level if it wasn’t for that dastardly hand checking.