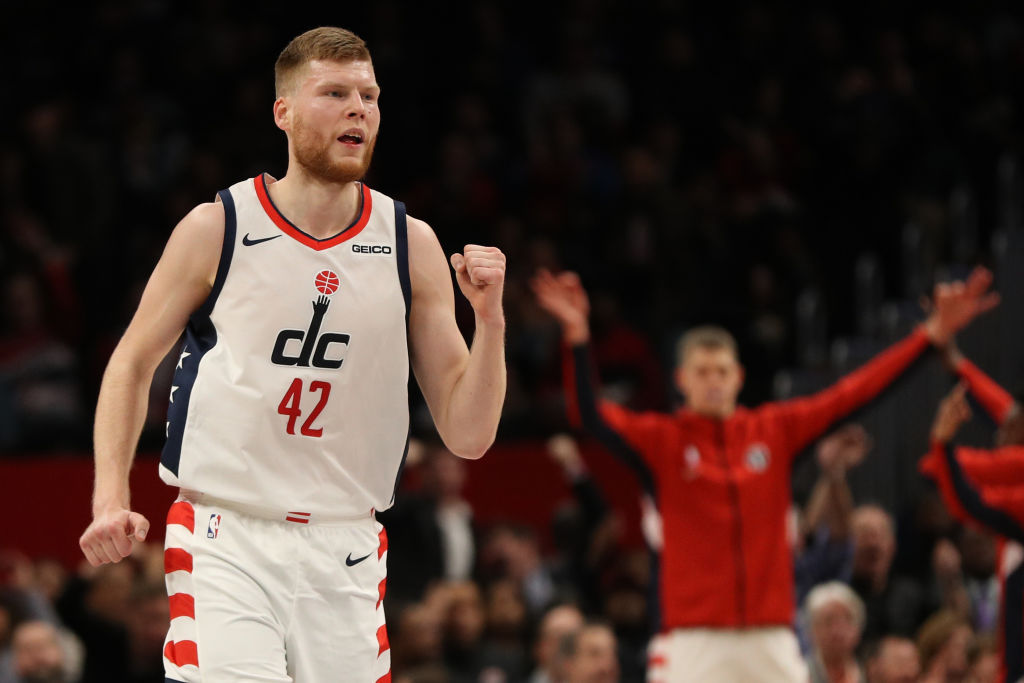 Davis Bertans had the best year of his career last season with the Washington Wizards. It came at the perfect time in the final year of his contract. Now set, to become an unrestricted free agent, Bertans should have quite the market when it comes to teams interested in acquiring him.

According to Chase Hughes of NBC Sports Washington, Bertans is starting to gain traction as a sign-and-trade candidate for a contender that is strapped for cap space. In an offseason where very few contending teams have room, these types of deals could be fairly common.

Hughes reports that multiple teams without cap space are preparing to make sign-and-trade offers for the 6-foot-10 shooter who is still just 27 years old.

It’s worth noting that the Boston Celtics, Los Angeles Lakers and Denver Nuggets were interested in trading for Bertans before the 2020 trade deadline in February. This goes to show that contending teams think highly of the value he could bring.

Additionally, even outside of contenders, the Atlanta Hawks, New York Knicks and Phoenix Suns are expected to try to acquire Bertans and have the cap space to do so outright if they choose. Bertans is coming off of a two-year, $14 million deal and has only gotten better.

Whether it’s through a sign-and-trade or signing with someone in free agency, Bertans is among the best players in this free agent class and should have plenty of interested teams. He averaged 15.4 points per game while shooting an efficient .424 from beyond the arc.