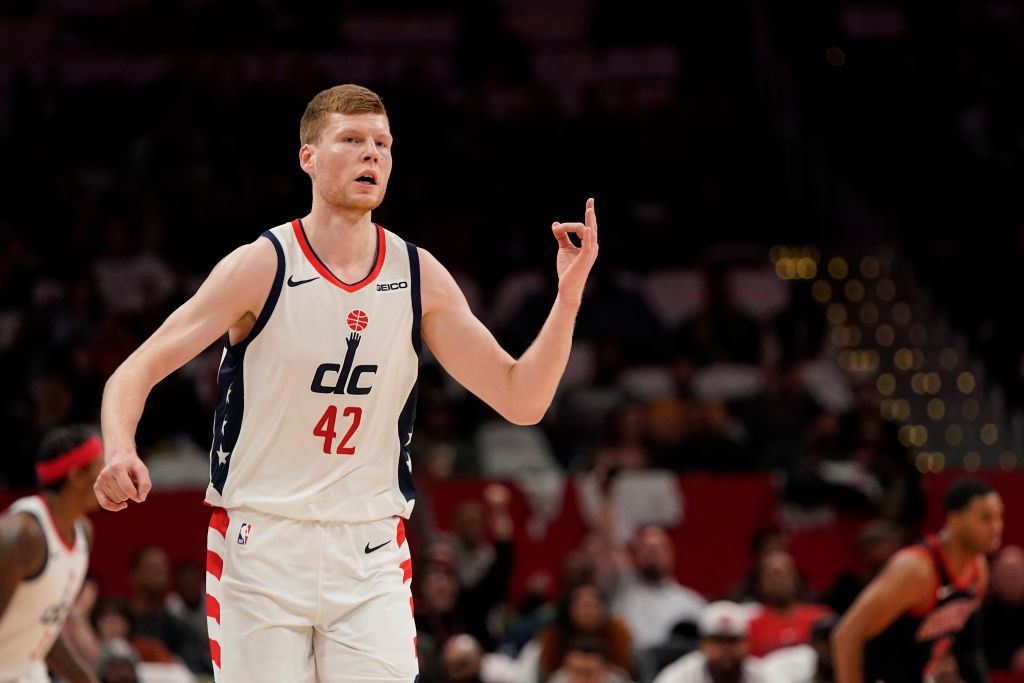 The injury depleted Washington Wizards will welcome breakout star Davis Bertans back to their lineup tomorrow. The team revealed that the 27-year-old sharpshooter will return from a quad injury that sidelined him for nine games.

Bertans has averaged 15.4 points and 4.9 rebounds per game for the Wizards and has done so while shooting over eight threes per game (at a .434 clip).

While Washington could certainly retain the pending free agent, as general manager Tommy Sheppard suggested they would, they could also entertain the idea of shopping the red-hot commodity in the weeks leading up to the Feb. 6 trade deadline.

Regardless of whether the Wizards opt to pay the man over the summer or cash in on the asset while they can, his value will always be healthier when he’s healthy.