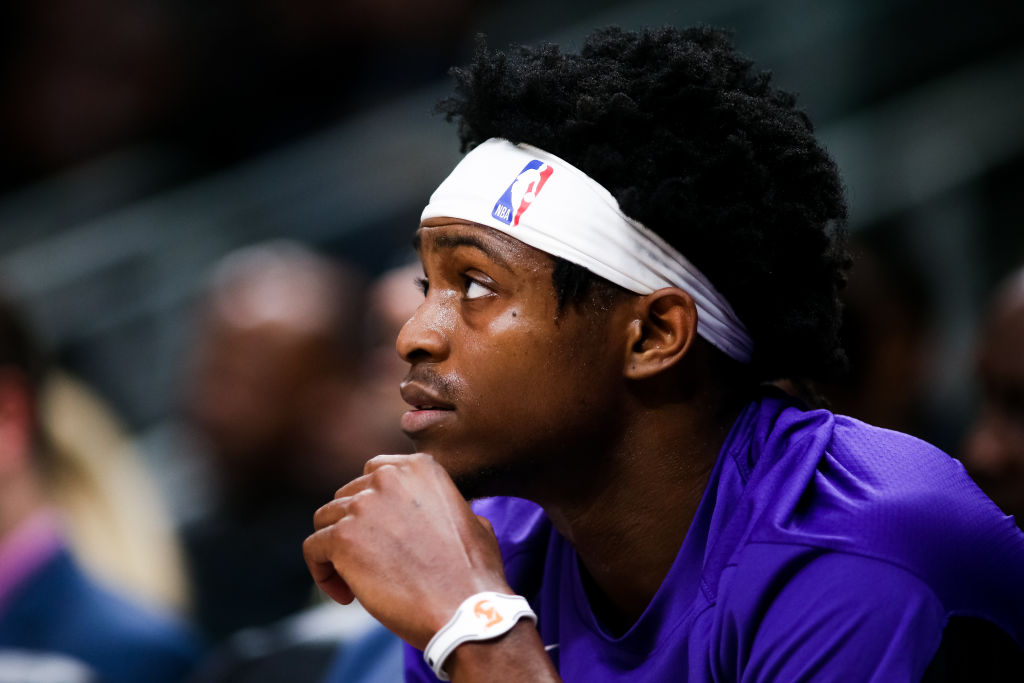 The Sacramento Kings could have point guard De’Aaron Fox back in the lineup as early as next Tuesday, James Ham of NBC Sports reports. The 22-year-old, sidelined for 16 games already, is optimistic that his sprained ankle is on the mend.

Fox worked out hard on Thursday and felt no pain a day later, Ham writes. That bodes well for the franchise eager to get their third-year star back in the fold.

In the nine games that Fox played prior to suffering the ankle sprain, he averaged 18.2 points and 7.0 assists per game. The Kings squad he’ll re-join currently sits ninth in the NBA’s Western Conference and could sneak into the playoff picture that they narrowly missed in 2018-19.

Fox was initially expected to be sidelined three-to-four weeks but the club is in no hurry to rush their franchise cornerstone back prematurely. Journeymen Cory Joseph and Yogi Ferrell have handled the point in Fox’s absence.