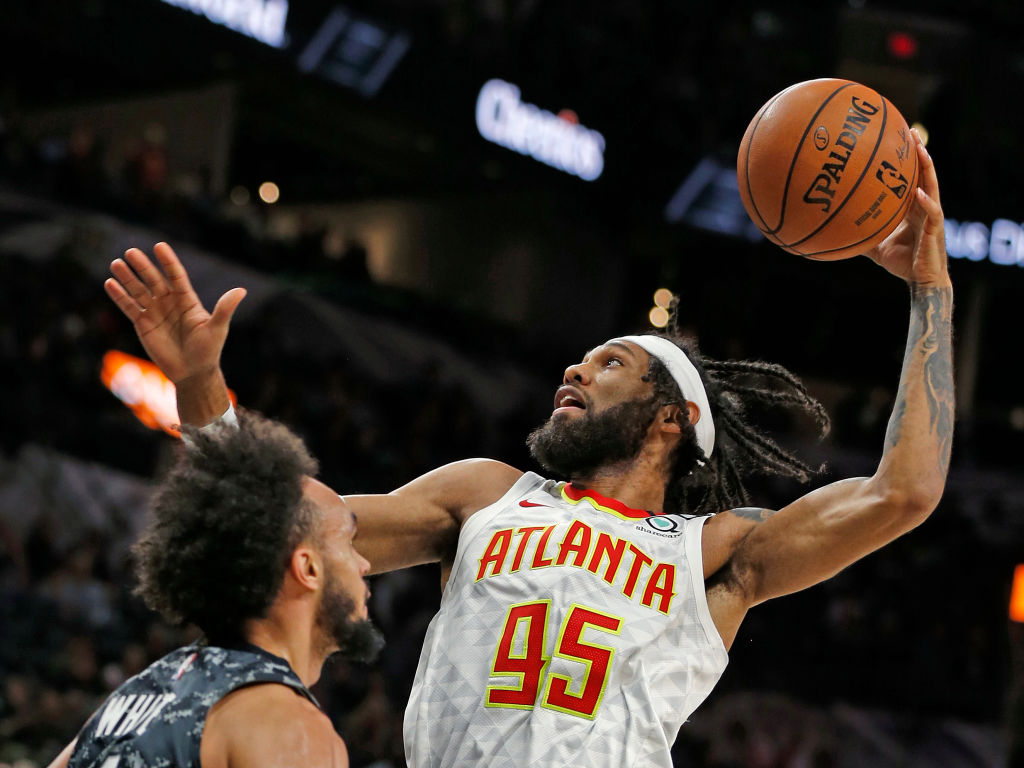 DeAndre’ Bembry was a first-round pick in the 2016 NBA Draft and has spent his entire career with the Atlanta Hawks before hitting free agency this offseason.

Although he typically breaks NFL news, ESPN’s Adam Schefter first reported that Bembry would be signing a two-year, $4 million deal with the Raptors.

Bembry is 26 years old and still has quite a bit of upside as he heads into Toronto. Last season, he came off the bench for the Hawks but was a high-energy spark plug. Bembry produced 5.8 points and 3.5 rebounds per contest, including some high-flying dunks.

For the Raptors, Bembry will bring much needed depth to the bench as the team looks to slightly re-tool and work back towards contention.