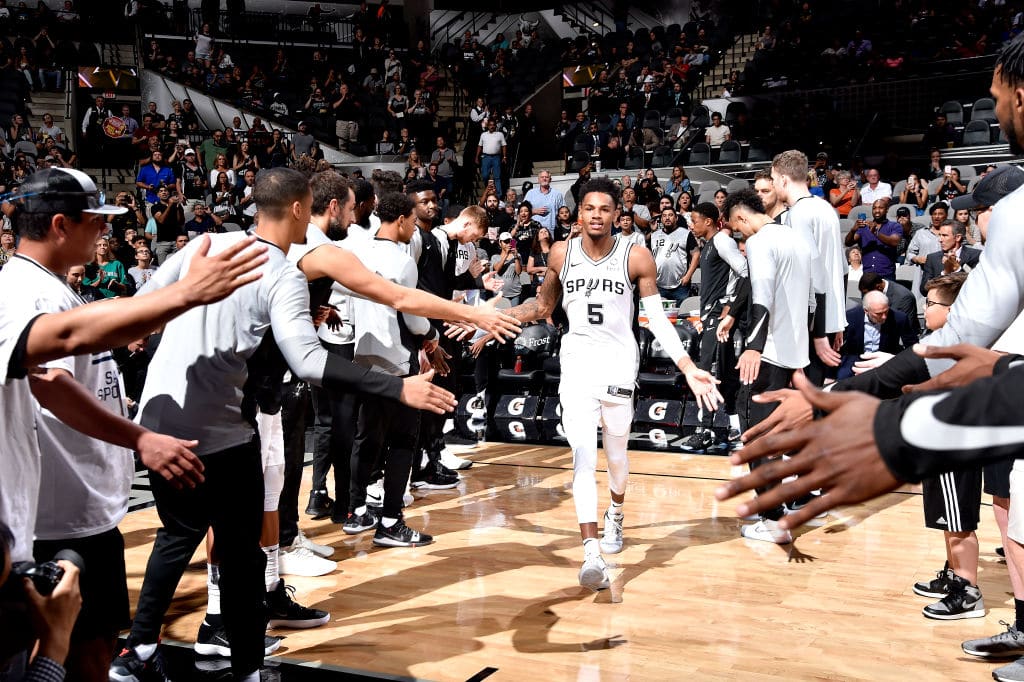 After a season on the sidelines recovering from a torn ACL, San Antonio Spurs guard Dejounte Murray has been fully cleared to participate in all basketball activities. The 23-year-old revealed on Twitter that he’s been cleared by team doctors.

Murray will look to pick up where he left off after a solid sophomore season back in 2017-18. According to Shams Charania of The Athletic, the franchise has raved about Murray’s work regimen and he’s now being viewed as a cornerstone of the organization.

More impressively, the guard showed he could produce across the board when given a taste of starters minutes. In the 10 contests where he saw north of 30 minutes that season, Murray averaged 13.4 points, 8.1 rebounds and 5.0 assists per game.

This season, with a year of observation under his belt, he’ll return to the lineup with such an opportunity. While the Spurs offense will continue to run through veterans LaMarcus Aldridge and DeMar DeRozan, it stands to reason that the team could look to develop its next home-grown star.

Murray injured his knee in a preseason game last September.