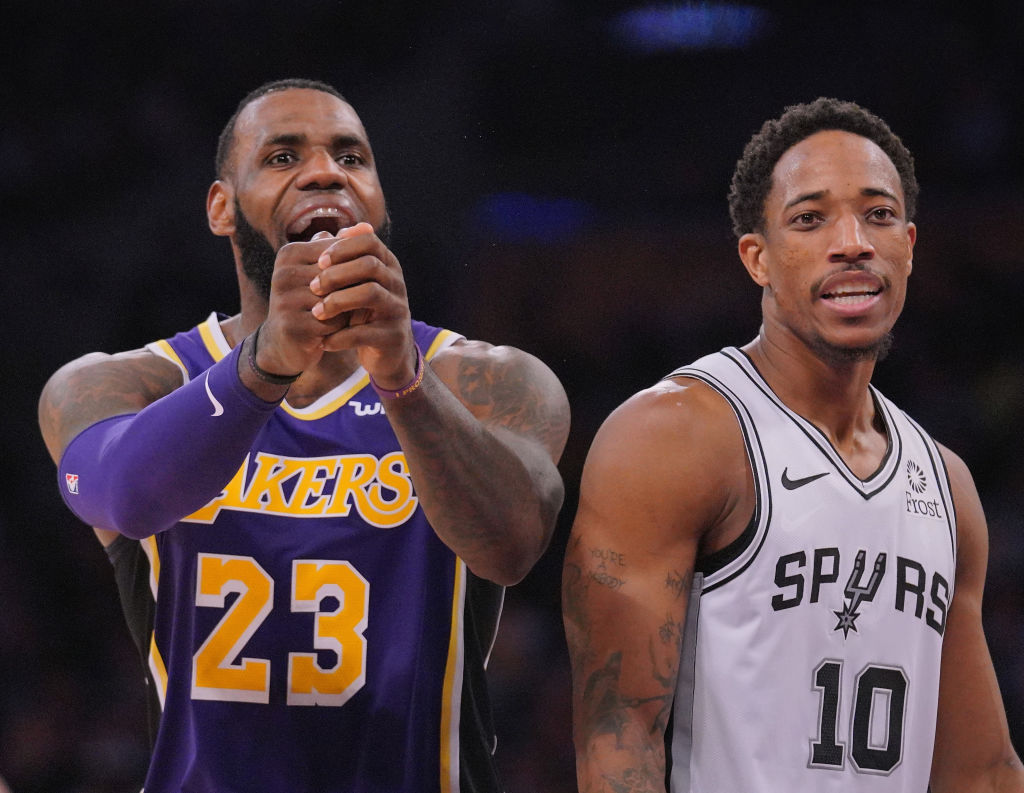 DeMar DeRozan grew up in Los Angeles, then ultimately stuck around to play college ball at the University of Southern California. He’s spent a good portion of his life in LA, but hasnt actually had the chance to represent his hometown in the NBA by playing for the Lakers or Clippers.

It was recently reported by Kevin O’Connor of The Ringer that the Lakers had shown interest in potentially trading for DeRozan, who has one year left under contract with the San Antonio Spurs. This flattered DeRozan, who seemed very open to the opporotunity if it were to happen.

As a guest on the All The Smoke show, with Stephen Jackson and Matt Barnes, DeRozan gave his thoughts on the rumors of the Lakers being interested in him.

“For me it’s just I’ve learned being in the league so long that you always want to be wanted. So when you see things about teams wanting you, you can’t feel a certain type of way. You’d better feel good about it…So to be wanted by a championship team that just came off a championship, to see that, how could you not feel some type of way? Especially me, being from L.A., it’s like ‘damn, my hometown team want me? They just came off a championship and they want me?’ It’s definitely crazy to be able to see that.”

Its worth noting that after agreeing to a deal to acquire Dennis Schroder, it will likely be more difficult for the Lakers to trade for DeRozan. However, it still meant a lot to him that they were even interested in his services.