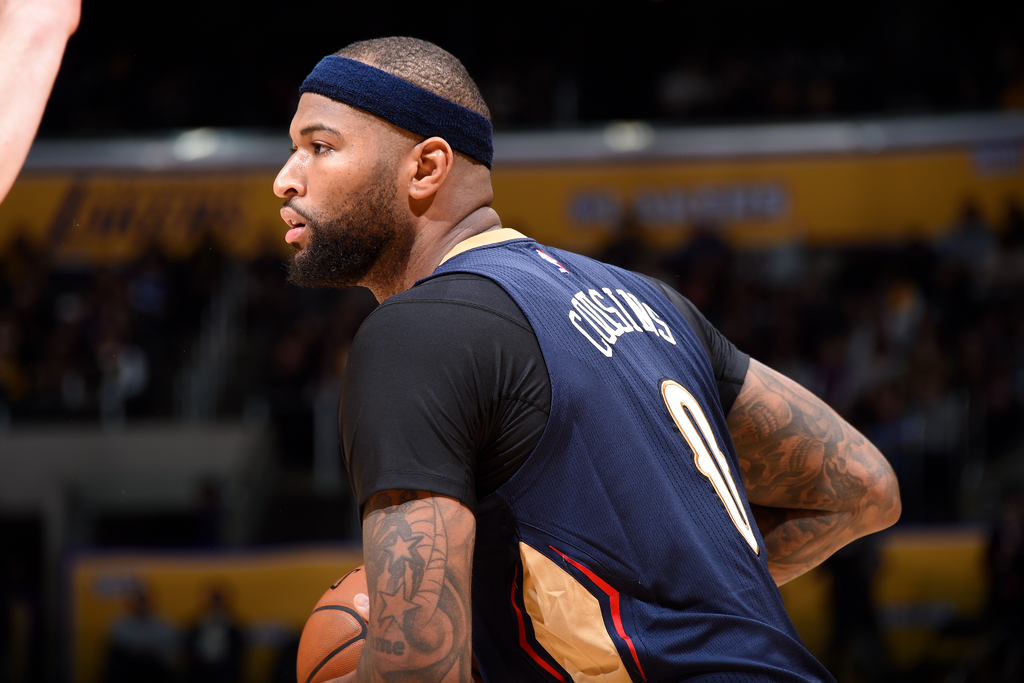 A group of super-obnoxious Lakers fans were giving DeMarcus Cousins a hard time Sunday night, and Boogie did not appreciate being called “fat boy.”

OK YALL TIME FOR ME TO START EDITING THE GREATEST VLOG EVER!! HERE'S A LIL SNEAK PEAK LIKE THIS TWEET IF YOU CANT WAIT FOR THE FULL VIDEO🔥😂🔥 pic.twitter.com/K3mvFIDOaw

Cousins, walking towards the bench, told them off in no uncertain terms. (Note: profanity in the clip below.)

The All-Star center emerged with his first win as a member of the Pelicans.

Cousins had 26 points and 15 rebounds before fouling out in the Pelicans’ 105-97 victory after they squelched the Lakers’ fourth-quarter rally.

“It feels good to finally get one under our belt,” he said. “It eases some pressure.”

Anthony Davis added 31 points for the Pelicans, who swept the season series for the second straight year and just the second time ever. […] “We’ve just got to build off it,” Davis said. “We were just talking out there, especially on offense. It’s just communication, trying to play off each other.”