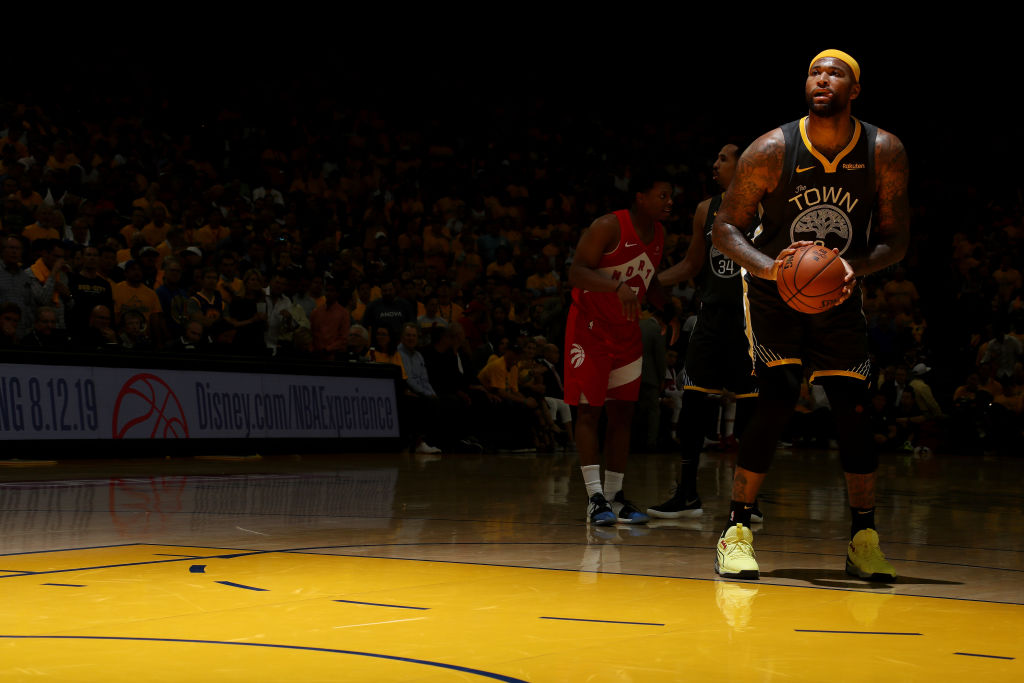 DeMarcus Cousins rehabbed from a torn quadriceps and returned to the floor in just six short weeks last postseason. The big man wasn’t about to miss an opportunity to compete in the NBA Finals.

“That’s when you lay your body on the line. I went out there and I gave it what I had. I helped in spots,” Cousins told Matt Barnes and Stephen Jackson on their All The Smoke Podcast. “But I wasn’t supposed to be on the floor.“

Cousins’ torn quad, his second of three major lower body injuries in less than two years, came in the first-round of the Golden State Warriors’ run to the 2019 NBA Finals. He suited up in Game 1 of the team’s clash against the Toronto Raptors.

“I rehabbed a torn quad in six weeks. I had no business being on the floor.”

The big man was visibly compromised during the six-game series but played a major role in the team’s Game 2 victory and still averaged a respectable 8.3 points and 4.7 rebounds in just 18 minutes per game.

Cousins, of course, moved on from the Warriors in the offseason and now finds himself employed by a Los Angeles Lakers team that he hasn’t been able to suit up for yet on account of a sprained ACL.

Ironically, an underlying theme to his personal 2019-20 campaign is the fleeting possibility that he could return from the knee injury to play in the 2020 postseason.

Whether he should or will, is the question.

“He’s on track to get healthy by the playoffs and we’ll have to see where he’s at with rhythm, and conditioning, and timing and all that stuff,” Lakers coach Frank Vogel said over the All-Star Break. “But there is a possibility he returns this season, yes.“

Unlike the situation with the Warriors in 2018-19, where Cousins had several months of familiarity with Golden State’s system, a late season return would serve as Cousins’ initial debut with the squad.

That poses complications in addition to just preparing and adjusting physically. Still, if the NBA Finals shift back into view for Cousins, he may be hard-pressed to resist.