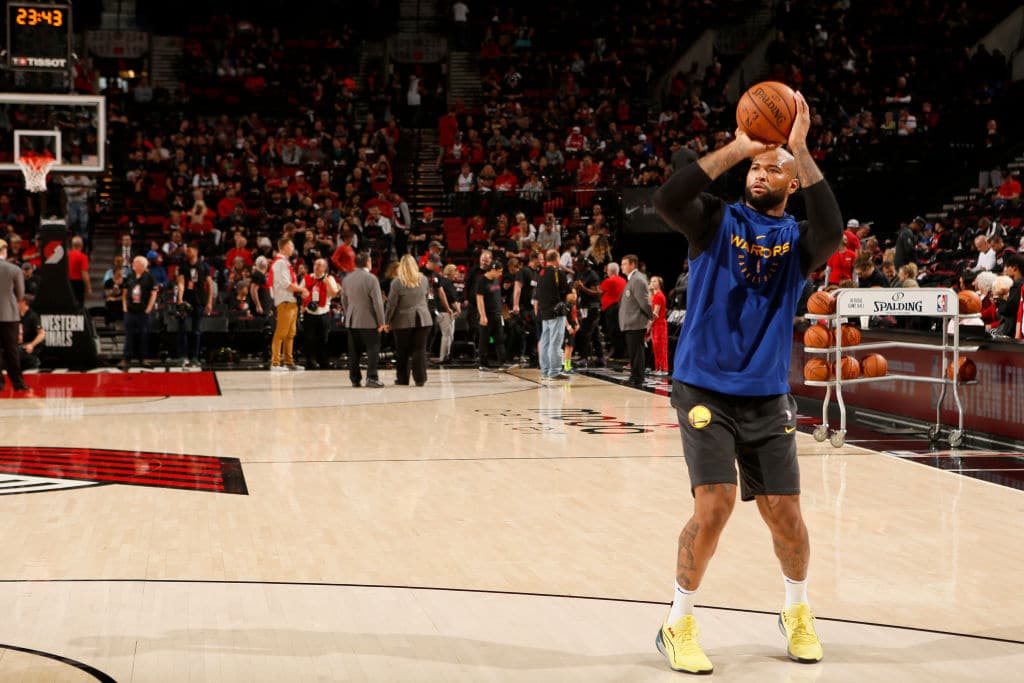 DeMarcus Cousins‘ playing status remains “up in the air,” according to Warriors head coach Steve Kerr, but the big fella says he is “in a lot better place.”

Boogie, who tore his quad 25 minutes in Game 2 of Golden State’s first-round playoff series against the LA Clippers, is now pain-free.

Kevin Durant, meanwhile, is “unlikely” to suit up for the start of the NBA Finals for the two-time defending champs.

“I feel good. A lot better than I was,” the 28-year-old center said Thursday after his first full practice since the injury. “I’m able to get up and down the court more. I’m able to play a little competition basketball.

In the big picture, Cousins is simply encouraged that he has a shot at returning to the floor. He said he never doubted he could play again this season, but admits there was a brief sense of panic after the quad injury.

“Once the diagnosis came out and I realized what it was, I had to gather myself after a couple of days of frustration, anger, sadness . . . all of the above, tell myself to get back to work. Just do it all over again.”