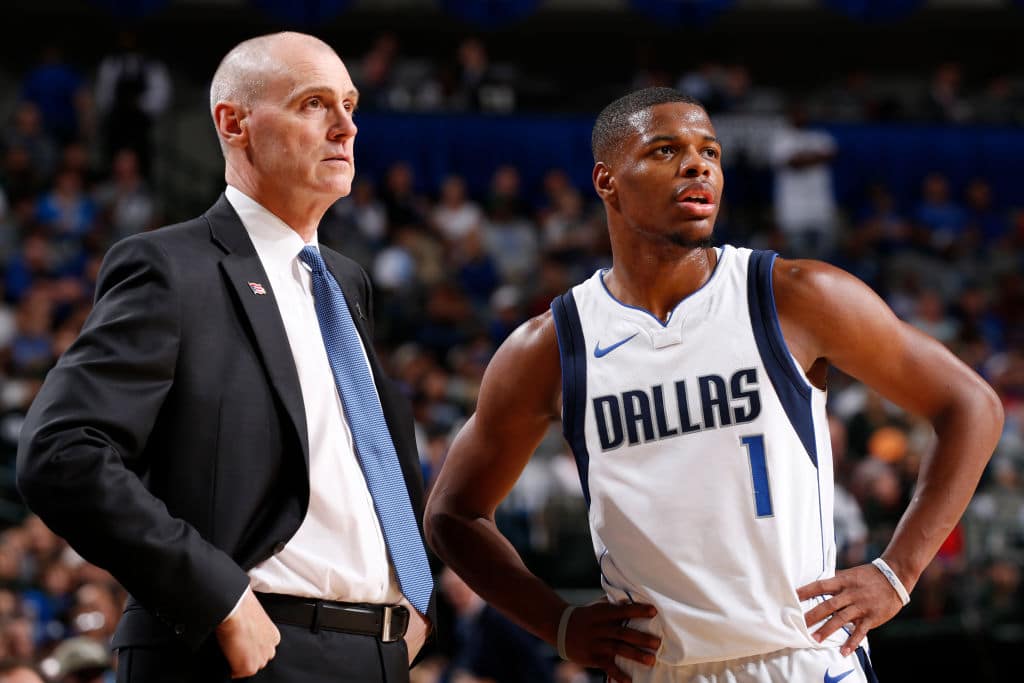 Carlisle says he spoke to Smith Jr “at length” and that the 21-year-old is feeling better.

Statement from Rick Carlisle: “I am excited to announce Dennis Smith Jr. will rejoin the team on Tuesday. Dennis and I spoke at length today. He is feeling better and plans to resume workouts in preparation for his return. There will be no further updates until Tuesday.”

Dallas has reportedly been shopping Smith, who has missed the last five games.

Carlisle stressed Smith’s value to the team and encouraged Mavericks players to welcome him with open arms, sources said.

Carlisle acknowledged Friday that “business stuff” has kept Smith, a 2017 lottery pick who sources say has made it clear he would like to be traded, away from the team.

“I don’t know exactly what’s going on, but I know one thing: This kid is a team guy, and he loves being with his teammates, and he really respects his teammates,” Carlisle said during his weekly appearance on 103.3 FM ESPN in Dallas. “This is just my feeling, is that he’s being told to stay away for whatever reason. I just don’t want people out there to think he is snubbing the Mavs or anything like that. This is just my opinion, I believe there’s business stuff going on, and he’s being told to stay away. Listen, if that’s what they feel in his best interests, he should trust his advisors. But it’s unlike him not to want to be with his teammates.

“I do feel strongly that people should not look at Dennis in this situation now and judge him harshly, that he’s doing something against his teammates or the Mavs or anything like that. I just think this is a business type situation, and this is what he’s being advised to do.”

Related
Report: Mavericks Optimistic That They Can Reconcile with Dennis Smith Jr