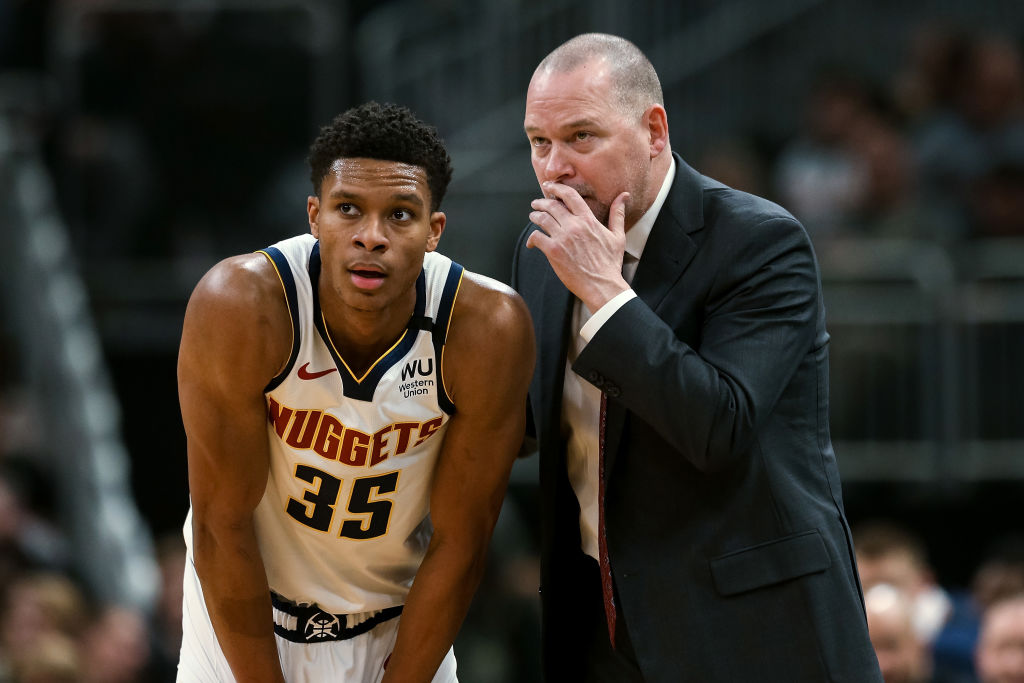 The Denver Nuggets have converted the contract of two-way guard PJ Dozier into a multi-year deal, Mike Singer of the Denver Post reports. The 21-year-old split time this year between the big league club and the G League.

In 21 games with the Nuggets, the 23-year-old combo guard averaged 4.1 points. He’ll return to help the team jockey for position in the Western Conference when the league resumes at Disney World next month.

Dozier would have been eligible to play for the Nuggets as a two-way player given the special exemption granted ahead of the unprecedented bubble games in Orlando but converting Dozier’s deal allows the franchise to lock him up through 2020-21 if they so desire.