Derrick Rose Gunning for Sixth Man of the Year 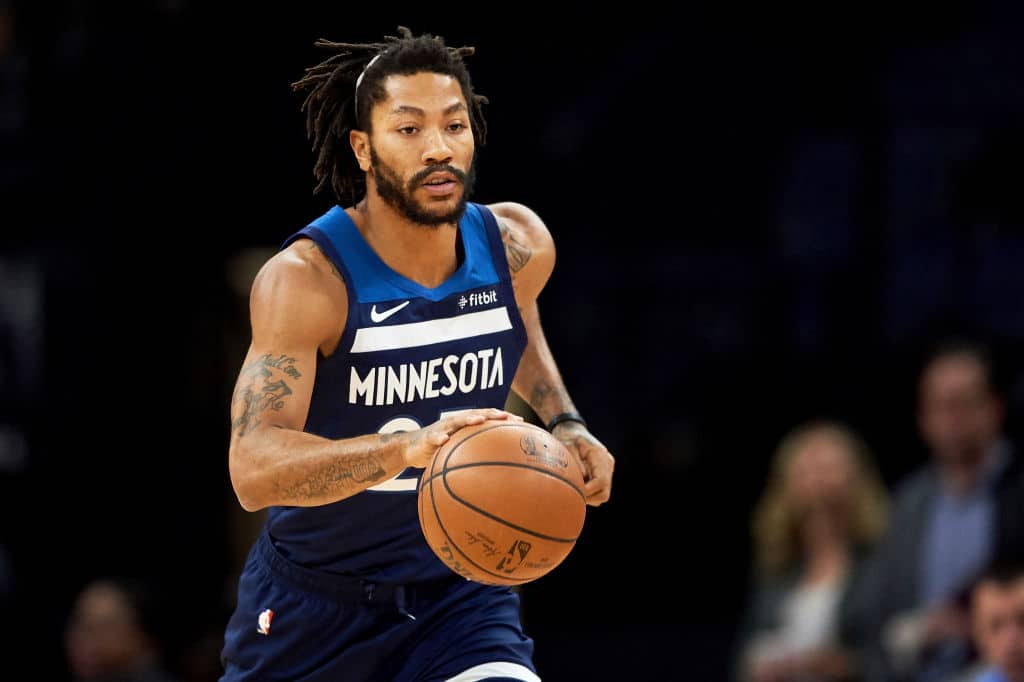 Derrick Rose is aiming to win the NBA’s Sixth Man of the Year award.

The 2011 MVP says his goal is to become the “best bench player” in the League.

Derrick Rose: "I would like winning sixth man of the year. I don’t think that’s anything bad to say or a bad goal with me coming off the bench. I want to be the best bench player. It’s just how I feel. If anything I think it’d help the team."

Rose, 30, is putting up averages of 19.3 points, 4.4 assists and shooting 49.4 percent from three-point land for the Minnesota Timberwolves.

Rose said being vocal is a challenge, but one he’s taking head on. He has made a point to develop relationships with each of his teammates. He called this all a “learning process” but said his teammates and [Tom] Thibodeau are giving him time to grow into the role.

“At this stage in my life and my career, that’s what I’m here for, to be able to express how I feel, express what guys want to say but don’t say it,” Rose said. “It’s easy for me to communicate with people. They listen to me. I guess they trust me and believe in me, so I just got to have my own personal relationship with everyone on the team so that I’m the one that’s coming to them and telling them what everybody wants to tell them.”

Rose does have one individual goal — he’d like to win the Sixth Man of the Year Award. That goal appears within reach.

“I don’t think that’s anything bad to say or a bad goal with me coming off the bench,” Rose said. “I want to be the best bench player. It’s just how I feel. If anything, I think it’d help the team.”