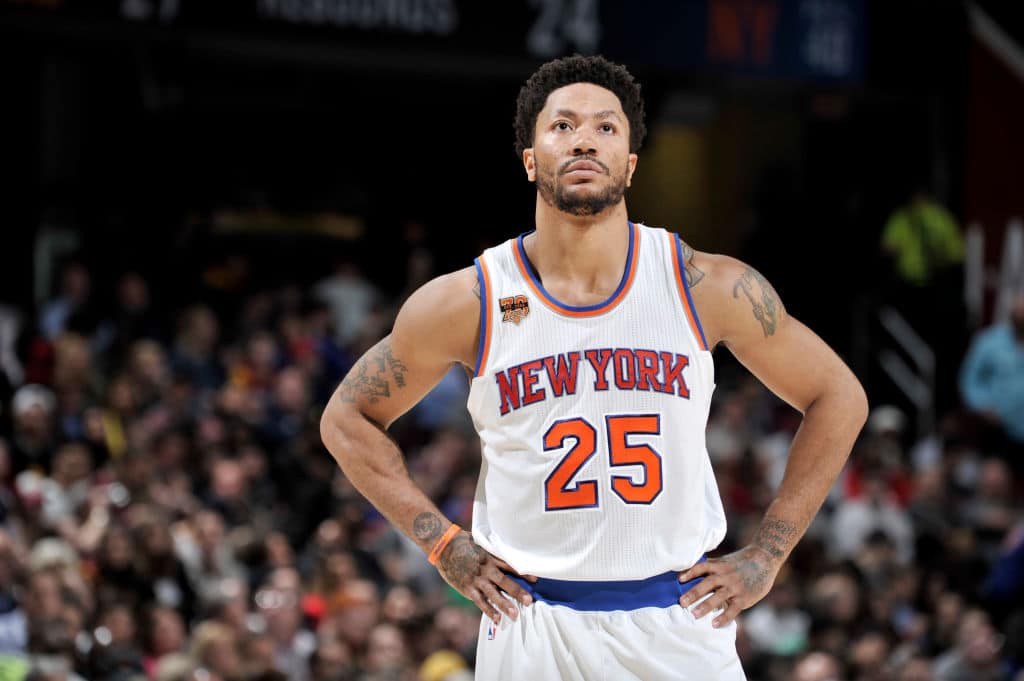 Derrick Rose sheds light on why he briefly went AWOL from the Knicks in January, 2017, in a new autobiography.

Rose writes that he “wanted out” and was no longer having fun playing NBA basketball.

“I actually loved my experience being in New York. Cool place. With the way things were the last couple of years in Chicago, I saw I needed a break.

“When I left the Knicks that day in January 2017, that’s what it was about. I just needed to go home.

“I went to the crib with my mom. Everybody came over to the house to talk. That’s the first time, one of the few times, where we sat down as a whole family and had a serious discussion like that.

“I had decided I was done playing. I saw the same thing that was happening with the Bulls was going on with New York. I could tell that the season wasn’t going to be the season everyone thought, that I thought. I didn’t know if I wanted to hoop anymore. Especially when it started to feel like a business. Of course, you know it’s a business. They always say that. But you know it’s also hoopin’. But it had started to feel like all business, no joy. That’s when I wanted out. I wasn’t having fun.”

Related Derrick Rose: ‘I Am a Hall of Famer’