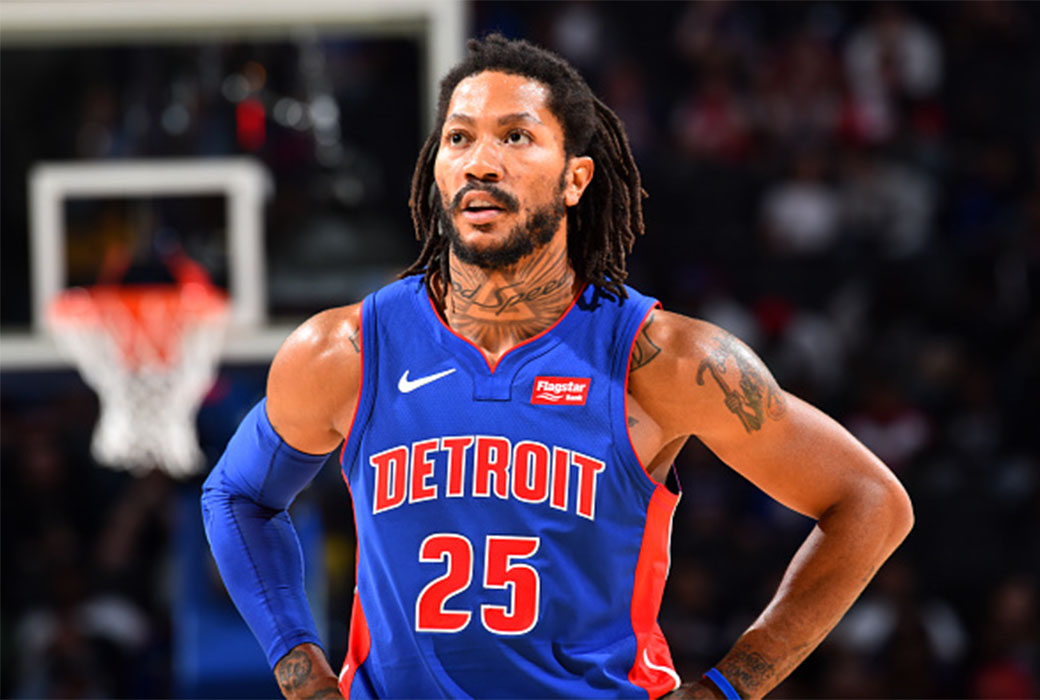 With Killian Hayes set to start at point for the Detroit Pistons, guard Derrick Rose has begun to embrace his role as a veteran in the game.

It was only a few years ago that Rose’s agent said that he didn’t want to mentor younger Knicks players, stating, “you’re a mentor when you no longer can play.”

According to Eric Woodyard of The Undefeated, Rose has now humbly accepted this role and acknowledges that there is a “new generation” of point-guards in the league:

“You’ve got to adapt. That’s why I always throw Kobe [Bryant] in it,” Rose said, per The Undefeated. “He always adapted. He looked at what the game and what the kids were doing. Like, ‘Oh, y’all are Euroing now? All right, let me gone ahead and add that Euro to my game.’ He didn’t change his game totally, but he took the little pieces that they added to the game and that’s how he was able to withstand all them years.

“I’m trying to do the same thing. I watch the shorties, I watch their workouts. I watch all that just to see what’s new.”

Rose has even been welcoming in young players such as Killian Hayes and Isaiah Stewart, and dropping gems about the game:

“I’m a rookie. I’m new to this league. He’s been around, he know how things go, so I’m always asking questions about it,” Hayes said. “Like at the end of practice, we still talk about the game and everything, so it’s definitely great having a guy like D-Rose helping me.”

“It’s been great,” Pistons rookie Isaiah Stewart. “Just another guy who I’ve been talking a lot to. Picking his brain as well, asking him questions. … He has a lot of knowledge.”

The youngest to ever be named MVP in the league, Rose has endured a host of injuries that would cause his career to take unexpected turns. Still, he’s managed to persevere.

According to Woodyard, Rose felt like his happiness was “restored” last season after averaging 18.1 points per game and shooting a career-best 49%.

“It’s nothing wrong with chasing your dream, and I’m not trying to hate or nothing like that, but for myself, I had to figure out who I was and my path was hard, my path was pain, but everybody’s is different and I was able to get through that,” Rose says.

They say leaders emerge during the toughest of moments, and in the words of Tupac Shakur:

The rose that grew from concrete...By keeping its dreams, it learned to breathe fresh air.