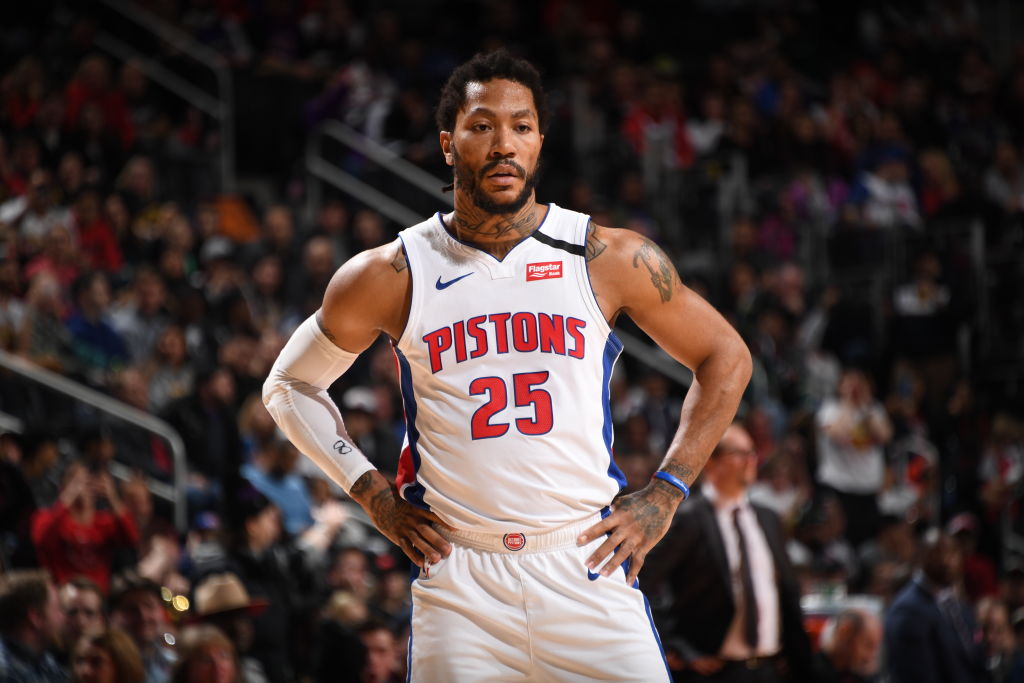 Update #1, 1:06 pm: Keith Langlois of Detroit’s team site reports that Rose has been diagnosed with a Grade 2 sprain and will be re-evaluated in two weeks.

Derrick Rose suffered a sprained right ankle last week, but an MRI came back negative for further damage. Yahoo’s Chris Haynes reports Rose will be out for several weeks.

With Detroit out of the playoff race, the Pistons will be cautious with Rose. Neither Detroit nor Rose considered a buyout last month, after the Pistons kept Rose at the trade deadline. Detroit sees Rose as a key piece going into next season.

Rose has averaged 18.1 points and 5.6 assists per game in the first year of a two-year deal with the Pistons.

Without Rose, Detroit will lean on veteran Brandon Knight, who was acquired as part of the Andre Drummond trade at the deadline. Langston Galloway may also see some minutes as the lead guard. Khyri Thomas recently returned from injury and can play some point guard as well.