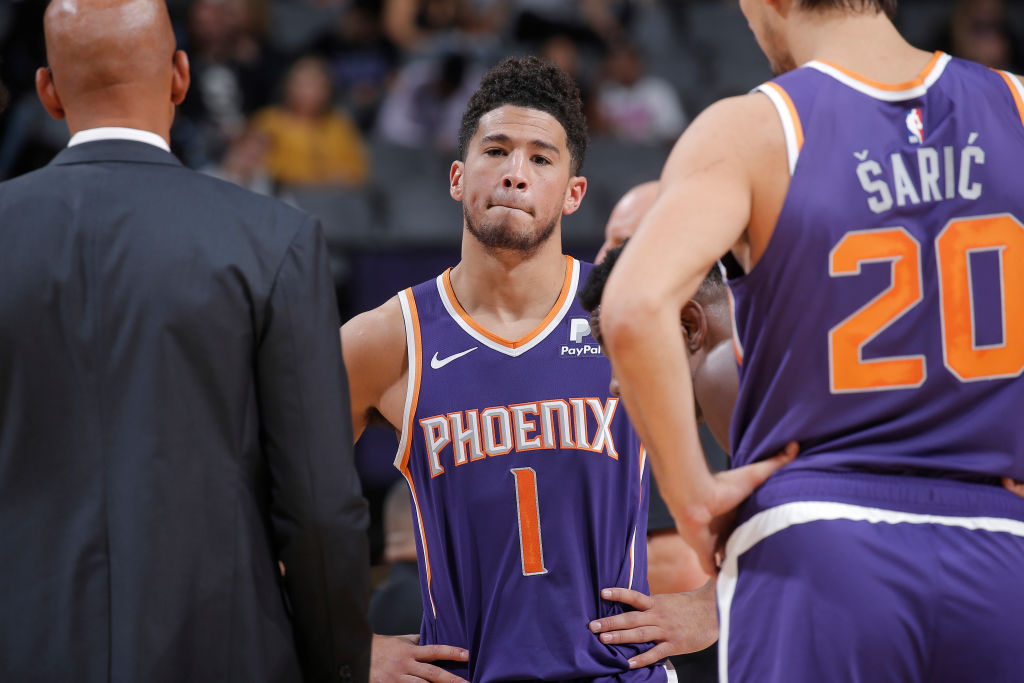 Devin Booker says he no longer cares about 50-point games.

“This is the first time in my career where the situation is a lot different,” Booker said during an interview with Sirius XM NBA.

“We have playoff experience on our team now, and recent experience with Ricky Rubio being there the past two or three years. [Dario] Saric the same way, Aron Baynes the same way. These guys were just in the playoffs rather than the past few years our vets were a little bit older and telling us about the experience instead of being on the court hands on…

“I don’t care about getting 50 anymore. I’m literally out there doing everything I can do to win, and a lot of that is not being involved of, really, me executing a play. A lot of it is leadership, the little things that matter.”

Per The Arizona Republic:

“For us at this point, it’s the playoffs, whatever seed that is,” Booker said after Saturday’s practice. “It’s not going to be easy in the West and we know that. The wild West is tough this year. It is every year, so we know it’s going to have to be consistent work.”

Williams was later asked Saturday about Booker’s playoffs comments and stood by his star’s words.

“It should be,” Williams said. “That’s something that if you’re not playing for that, then why are you playing? I’ve heard all the stuff, and everybody is entitled to their opinion, but if that’s not what we’re fighting for, then you probably won’t be around me long. That’s not something that we put out there lightly, but we know we’re in the tough West, but we’re a part of it. We feel like we’re one of the teams that people are going to look at and say that’s not a night off anymore.”