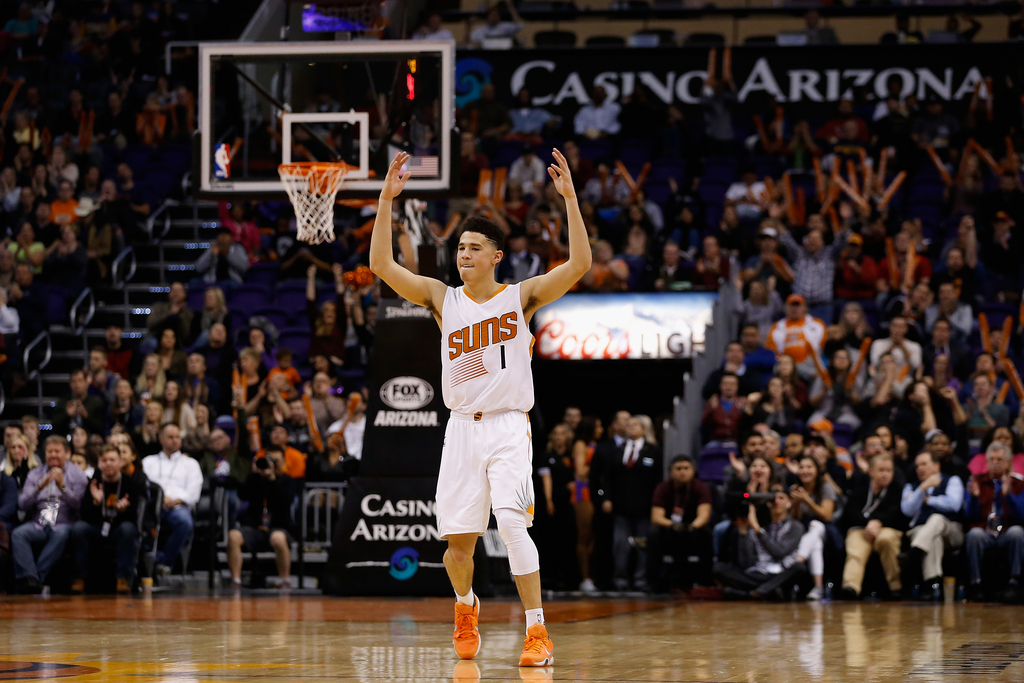 There was some pushing and shoving Wednesday night between the Grizzlies and Suns, and Devin Booker took exception to Troy Daniels yapping at him.

Booker threw shade at Daniels and his circuitous route to NBA stability.

Devin Booker on Troy Daniels (the two had some trash talking going) "He been on 5 teams in 3 years..he has the nerves to talk trash to me" pic.twitter.com/TkDxJUemoF

“I don’t know why he would be talking to me,” Booker said. “He’s been on five teams in three years and he’s talking trash to me. He’s on a winning team, so you have those muscles when you’re on a winning team. It is what it is. We will see him again.”

Daniels, 25, played four seasons at Virginia Commonwealth. He went undrafted in 2013 but established himself in the NBA’s developmental league and eventually found a place in the NBA. During the 2014-15 season, Daniels spent time in Houston, Minnesota and Charlotte. Last year, he played 43 games with Charlotte. This year, he’s averaging 8.8 points off the bench for Memphis, shooting 39.3 percent from 3-point range.

Said Chriss: “If somebody’s going at one of our brothers like that, we’re going to go over there and stick up for him.” […] Said Ulis: “We have each other’s back no matter what.”