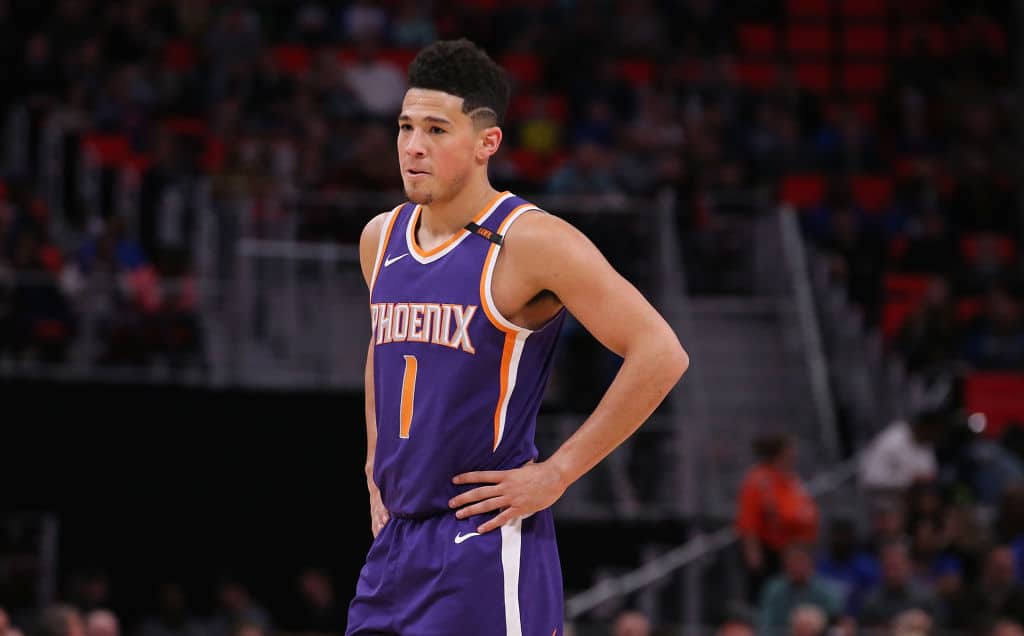 “It’s winning time” for the Phoenix Suns, according to Devin Booker.

Book is looking forward to teaming up with rookie big man DeAndre Ayton.

“That’s dope for him to say that … but take it one step at a time.”

Shaq thinks @DevinBook and @DeandreAyton can be the next Kobe/Shaq duo. The Suns’ star guard tells @sportsreiter they’ll need to get some games under their belt first. pic.twitter.com/p5w7UPmbJ2

The 21-year-old says he “felt that pressure to succeed” even prior to signing a five-year max deal this summer.

“It’s winning time,” said Booker, who joined “Reiter’s Block” on CBS Sports HQ. “With that contract, and even before the contract, I felt that pressure to succeed for the city and the franchise. They took a chance on me to be that [max] guy, I know it comes with a lot of leadership and responsibility, but I think I’m built for it. I’m looking forward to next year a lot, with the additions to the team, we’re in much better shape to have a much better season.”

The Suns added a number of draft picks, including No. 1 overall selection Deandre Ayton and No. 10 pick Mikal Bridges to the fold, giving them a dominant big man presence and a sharpshooter who can play both ways. Factor in a more experienced Josh Jackson and the offseason acquisition of Trevor Ariza, and it’s safe to assume Phoenix could be moving quickly in the right direction.

“We’re in the best shape we’ve been in since I’ve been a part of the franchise,” Booker said. “With the trades we’ve made, and with Deandre. He had an unbelievable summer league, playing the right way, not forcing it, was still dominating on both sides of the floor. He’ll be the down force threat we need to open up space for everybody else.”

Related
Devin Booker: ‘I’m Done With Not Making the Playoffs’