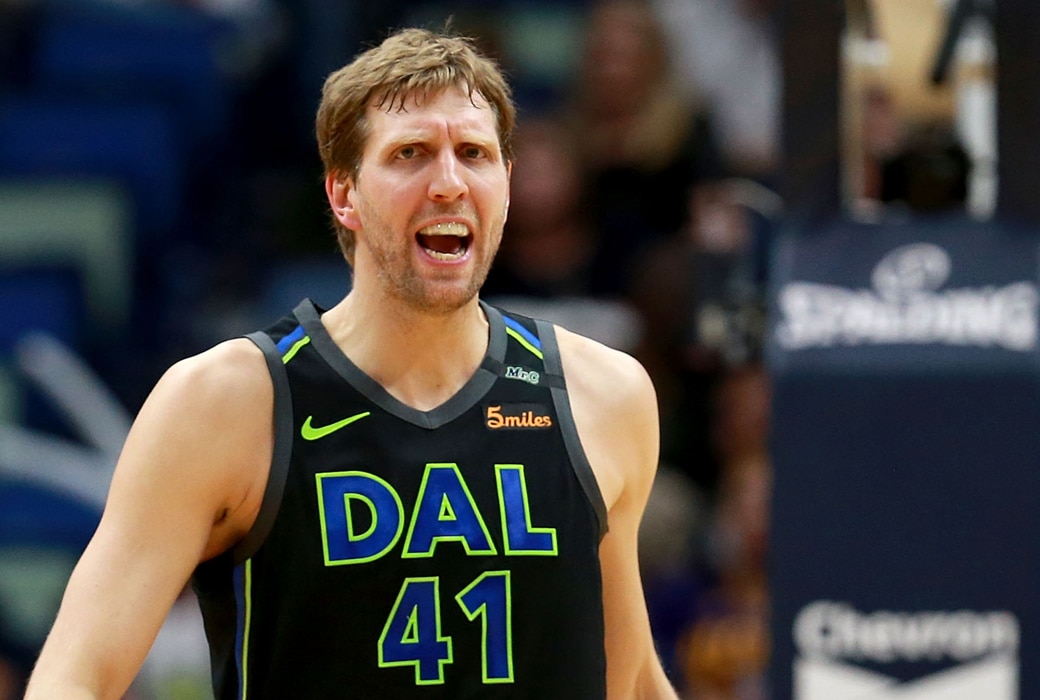 Dirk Nowitzki says that his plan “as of now” is to return to the Dallas Mavericks for his 21st season in the fall.

In a newsletter by the NYT‘s Marc Stein, Nowitzki said that he’s “feeling great” and wants to complete his two-year contract signed last June.

Here’s Dirk Nowitzki (@swish41) on his plans for next season — which would be No. 21 in a row with the Dallas Mavericks — as covered in the latest @nytimes NBA newsletter that went out this afternoon. pic.twitter.com/6x7rE52raP

Yet all signs point to a 21st consecutive season with the Mavericks, the only N.B.A. team he’s known.

“I feel great. I’ve only missed one game all season. I signed a two-year contract because I wanted to play two more years. And here we are.”

RELATED:
Dirk Nowitzki On Tanking Mavs: ‘It Sets The Wrong Tone For The Future’