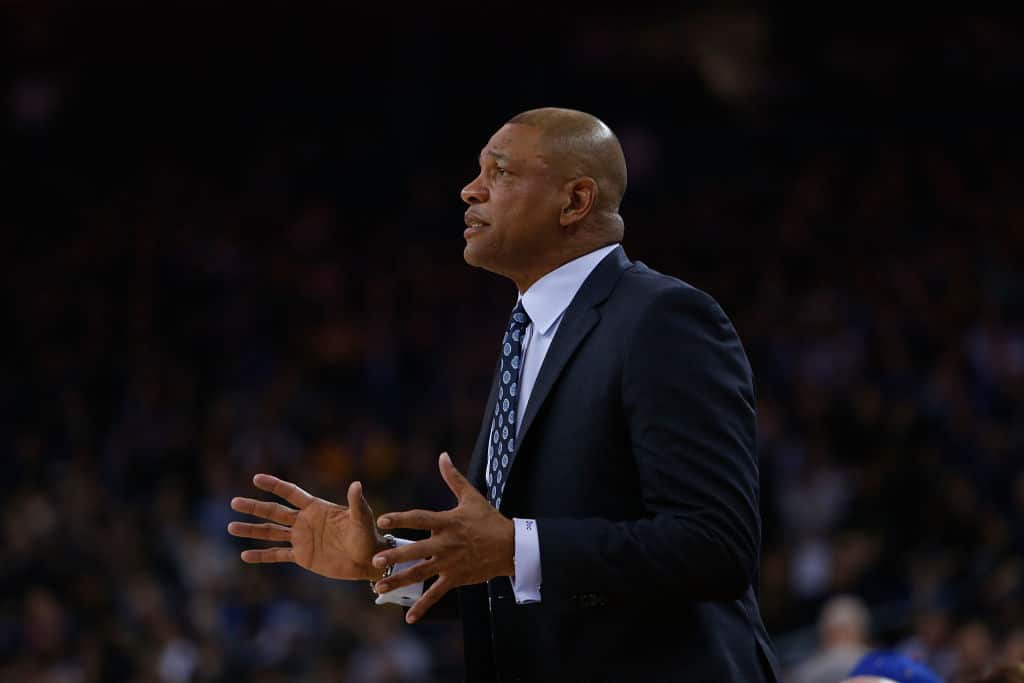 It’s much harder to rebuild after winning an NBA title, according to Rivers.

Doc Rivers talks rebuilding — his own with the Clippers and that of the @celtics : "That’s Danny and Brad and those guys, and, I mean, obviously the players, too… But they’ve done it as well as it’s ever been done."

Lob City flamed out, and Rivers says it’s time for the Clips to find another way to win.

“Yeah, but we’re rebuilding in a little different way,” he said. “And, you know, it’s easy to rebuild when you haven’t won, you know what I mean? We won in Boston, so rebuilding there is tough. We haven’t won crap in LA, but we’re trying to.

“The goal is to win, and once you win — if you ever do — then I don’t want to rebuild anymore. Then you go to the next one. That’s the way I look at it.”

And with [DeAndre] Jordan signing with Dallas, he, [Blake] Griffin and [Chris] Paul are all gone from Clipperville. Rivers had hoped the stars had aligned with LA’s “other team.” Now he has to find others.

“Yeah, but we had a run and it didn’t work,” Rivers said. “So what do you do? Are you supposed to keep doing it? Like I said, it’s part of the NBA. You go for it and you either do it or you don’t. And if you don’t, then you’ve got to change strides. I don’t see anything wrong with that.”