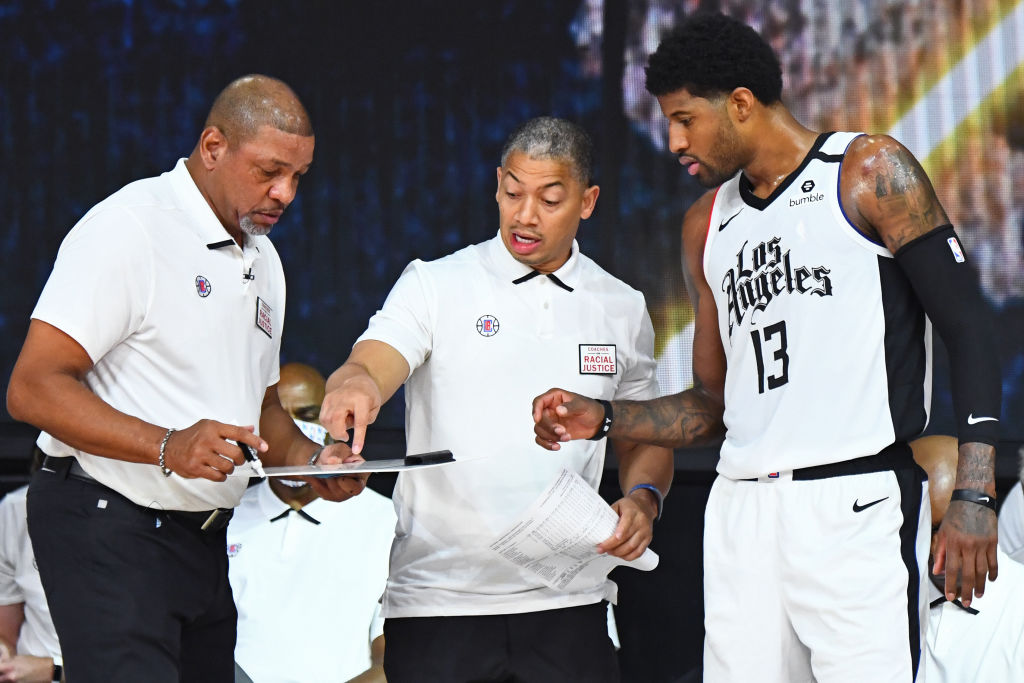 There are currently six vacancies for head coaching positions in the NBA but two of those gigs have high profile frontrunners. Marc Stein of the New York Times tweets that Doc Rivers is currently the favorite to land with the Philadelphia 76ers while Ty Lue is the likely candidate to replace rivers with the Los Angeles Clippers.

Philly’s head coaching search has been a roller coaster in and of itself. Early traction suggested that Lue was in the lead for that job but no formal deal ever came to fruition. Lue was supplanted as the lead candidate for the gig by Mike D’Antoni shortly after he and the Houston Rockets parted ways.

With Rivers suddenly available as of last week, D’Antoni too has been supplanted. Rivers is a veteran’s coach with winning experience. That would mark a stark contrast with Brett Brown.

It’s hard to imagine a personality better suited to hit the ground running in Philly and command the respect of stars Joel Embiid and Ben Simmons.

Lue’s association with the Clippers is obvious. The head coach of the 2016 NBA champion Cleveland Cavaliers served as Rivers’ assistant in Los Angeles this season but more valuable than his familiarity with the roster and facility is the fact that he’s handled superstar personalities and channelled elite talent into team success.

Lue’s first task will be to discern what went wrong with the first year of the Kawhi Leonard and Paul George experiment, then go about finding a way to fix it.

There is no guarantee that Rivers does end up in Philly or even that Lue ends up in Los Angeles – multiple teams will be hot in pursuit of both candidates – but it’s not hard to imagine why Stein’s league sources have hinted that the two are the most likely candidates for each position.