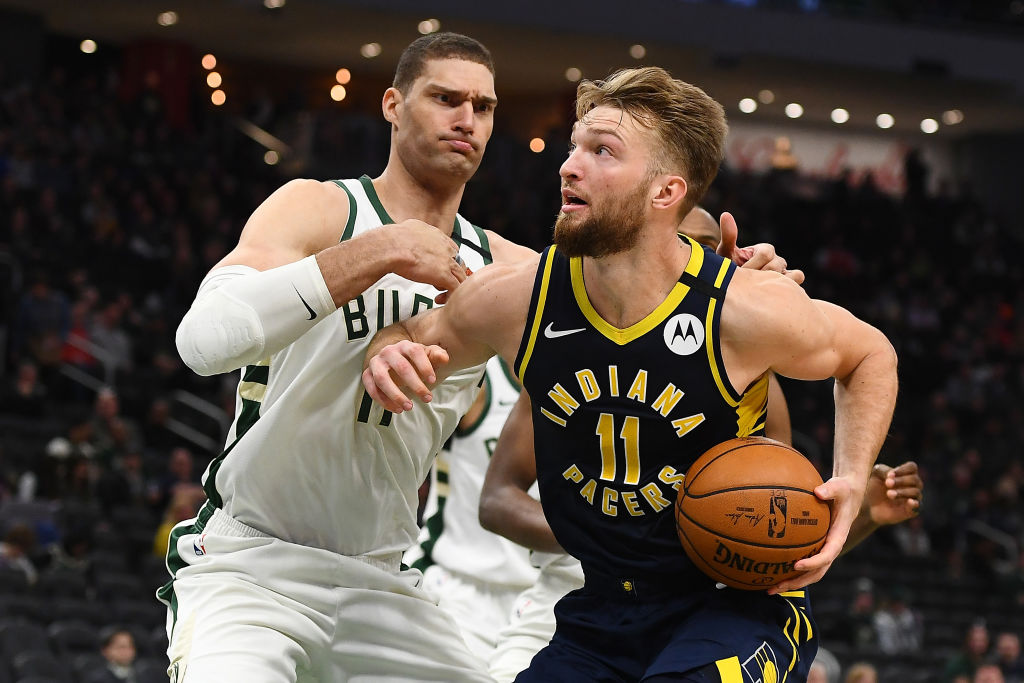 The Indiana Pacers revealed that big man Domantas Sabonis has left the Disney World bubble for treatment on plantar fascitiis in his left foot. Head coach Nate McMillan told the media that the team will gauge how he feels in a week or two.

A two-week timetable would mean that Sabonis’ progress would be gauged on Aug. 8. Considering that the seeding round only runs through Aug. 19, it’s very possible that he misses the entire final eight regular season games.

At this stage in the process, Sabonis hasn’t been ruled out for the season, however. It’s of course possible that Sabonis returns to the bubble and passes through the required quarantine in time to see some action in the playoffs.

The Pacers sit in the No. 6 seed in the East thanks in no small part to the 18.5 points and 12.4 rebounds per game Sabonis chipped in. Any long-term absence of Sabonis will thrust Myles Turner into a larger role. Turner put up 15 and 8 in the team’s Sunday exhibition.