Sterling, Silver and the Clips 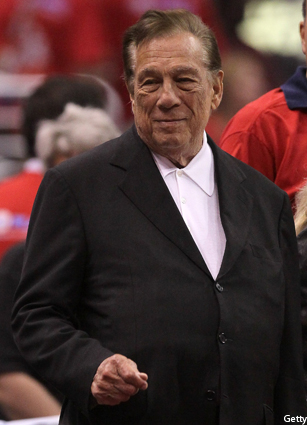 On April 27 1967, Muhammad Ali refused induction into the US military, shaking the sports world—not to mention the real world—to its foundation. On April 29, 2014 a similarly seismic moment of athletic revolt and self determination was planned by the Golden State Warriors, and perhaps other teams as well. If new NBA Commish Adam Silver did anything less than ban racist Los Angeles Clippers owner Donald Sterling for life, the Dubs were going to walk off the court. The plan was to wait until the national anthem was completed, the ball to go up for the opening tip, and then  on national television the Dubs were simply going to return to the locker room. Maybe the Clips would have joined them. Perhaps—as rumor has it—the Wizards and Bulls were going to do the same. But one thing is certain: if Adam Silver had not acted against Sterling and his audiotape of racial invective, we were going to see the closest we have ever seen to an in-game wildcat strike in the history of professional sports. The craziest part of it all is that—chances are—this act of rebellion would have gone unpunished.

Adam Silver, without question did the right thing. Banning Donald Sterling, fining him the maximum amount possible and committing to organize the other owners to compel him to sell the team was the most he could do, and to his credit, he did it. But Adam Silver acted because corporate sponsors were leaving in droves, fans were talking boycott, and most significantly, players were about to take all of this into their own hands.

Yet as we rightly celebrate the beginning of the end for one of the most repellent owners in professional sports history, let’s not forget that this date should have never come to pass. Donald Sterling’s racism—as well as his misogyny, also present on these tape recordings—has been part of the public record for anyone who has been paying attention. The targets of his racism, however, were Los Angeles’ poorest residents, living in the housing projects he owned, not—as heard on the tapes—Magic Johnson. His former General Manager Elgin Baylor also sued Sterling for racial discrimination. Yet these cases were settled or dismissed by the courts and not investigated by the NBA. Mayor Kevin Johnson, spokesperson in this process for the NBA Players Association said before Silver levied his punishment that getting to the bottom of why the NBA coddled Sterling for so many years would be a top priority. Yet after Silver levied his punishment, this important demand was forgotten. Also forgotten by everyone except NBPA Vice President Roger Mason Jr was that we still don’t know how exactly Adam Silver is going to wrest control of the team from Donald Sterling. We don’t know if Silver and the NBA Board of Governors are just going to slide control of the team over to Sterling’s wife Rochelle, to take the team away from Sterling while avoiding a painful litigation process. This would be a damnable shame, since Rochelle, according to court transcripts, was into Donald Sterling’s slum operations up to her neck.

Meanwhile, even while “banned for life,” Donald Sterling will continue to profit from his team’s success, and eventually sell the team—which he once paid for with a mere 13 million bucks—for close to a billion dollars. Until that day, no matter what anyone says, Donald Sterling will be profiting from the blood, sweat and tears of his players. Only when the sale is final will the struggle be over. But one thing is certain: If Adam Silver does not take care of business and get this team sold, he will have a group of players who have felt their own power for the first time in a long time. They are the game. Adam Silver is smart enough—unlike Donald Sterling, and perhaps unlike his predecessor David Stern—to know that. Since he is smart enough to know no one shows up to watch owners, he should also be smart enough to know that by the time the 2014-15 season begins, someone else needs to be cutting the checks for the Clippers organization.