Donovan Mitchell: ‘I Got Drafted Because of My Defense’ 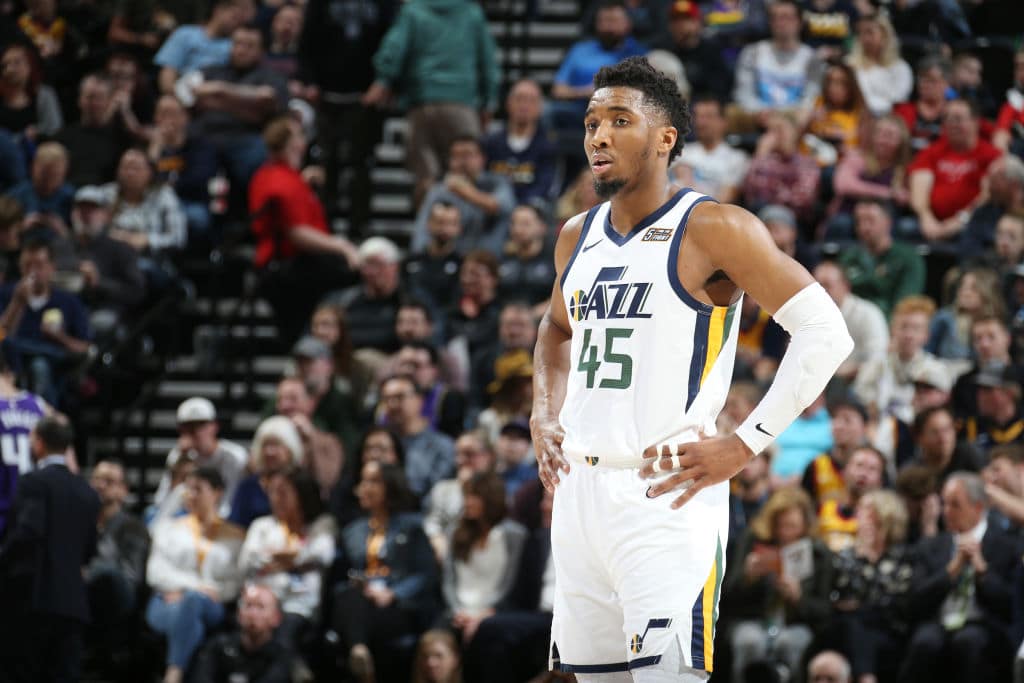 Donovan Mitchell has developed into an offensive star, but says his calling card coming into the NBA was defense.

Mitchell, 22, is determined “to improve defensively” this summer under the watchful eye of Team USA head coach Gregg Popovich.

The Utah Jazz, as one might imagine, are excited to see the leap Spida makes heading into his third season.

“I hope so,” Jazz Coach Quin Snyder said in a telephone interview. “Both Donovan and I have been excited for this opportunity, not just the chance to compete for his country but to play for Pop. I think he has an appreciation for the fact that he’s playing for the greatest coach that’s ever coached.”

Perhaps illustrating the Popovich influence already, Mitchell announced this week that his primary individual aim with the national team is “to improve defensively.”

“That’s one thing I really want to take pride in, because that’s what got me drafted,” Mitchell said. “People see me scoring now, but I got drafted because of my defense.”

Asked about the array of All-Stars who reneged on commitments to play in China, Mitchell said: “I’m 22. I’m younger. So it’s different for me than other guys.”

Asked if he was truly prepared, at that tender age, to join [Kemba] Walker as a tone-setter for a team that is expected to win every game it plays — no matter who is on the roster — Mitchell said: “I don’t think it’s pressure. That’s what makes this all the more special.”