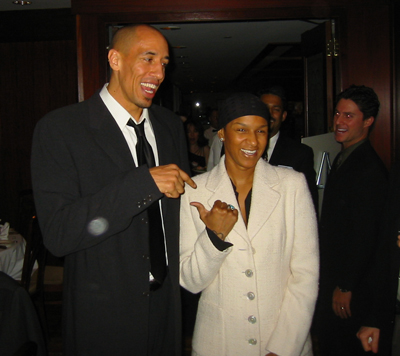 I’m a day late on this, but oh well. It looks like the Doug Christie Era in Clipperville was a short lived one. Christie has decided to pack up his bags and go home to wifey.

No word on whether or not he typed it up himself, but a letter was sent to team offices over the All-Star break, in which he declined to complete his second 10-day contract. The contract would have expired after last night’s game against the Suns. Doug is leaving approximately $14,000 on the table by voiding the contract.

The Clippers, as they are wont to do, have made the inexplicable move of suspending Doug Christie. Um, guys, he already REJECTED you, I don’t think suspending him is going to change anything.