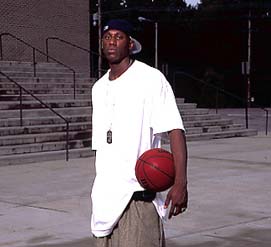 I don’t hate Thad Young. Let me just get that out of the way first. I get the sense that some of you can smell blood in the water and I don’t really feel like taking it to that level right now. Partly because I had such low expectations for what the Sixers would do on draft day. Ideally I would have liked them to package a pick or two and bring in a vet big man or someone on the wing who can score consistently. I know it’s not easy to do but I’m unconvinced they even tried. I’m not even gonna bash Billy King. It’s old news. He’s an abysmal GM but what are you gonna do?

With the 12th pick I knew we would be hard pressed to get someone really impactful. I just hoped we drafted smart and got someone who can rebound, since that was obviously our biggest need. So when they announced Thad’s name I knew we failed. I’m not saying he’s a scrub; in fact the kid has lots of potential. Dude might end up being nasty but it’s a stretch to take a guy who is not known for defense or rebounding when those are our obvious needs. In fact when they put his profile on the screen and under the line “need to improve” it read rebounding. Well then what the hell would make the Sixers brass think that this was the best pick for the team? Pretty much everyone else picked players for particular needs (except maybe Chicago but I’m pretty much ok with Noah) we did the dreaded “best player available” nonsense that teams do when they either panic or have failed to do their due diligence in scouting. Yeah I know, Thad’s a former Slam Diary Keeper so maybe it’s our fault, either way he’s here now. We did pick up a bigger forward in Jason Smith and I like Byars as well. All in all I give the Sixers draft a C+, maybe a B- depending on how Thad develops. I wanted Julian Wright because of his versatility but its true that his shot needs work, even if he can pass and rebound. As for Al Thornton he’s a bit of a tweener and he took a couple of season in the ACC to assert himself so I guess we did the best we could.

But we’re surely the worst team in our division. At least on paper we are on track for next year’s lottery. My initial anger was caused in part in seeing how other teams were getting better with trades and how the Sixers always seem to get it wrong when it comes to that sorta stuff. I like what the Celtics did. Ray is still good and he’ll spread the floor and take double-teams off of Pierce and Jefferson. Yeah they got older but it’s worth the risk. Maybe when age catches up to Ray and Pierce, Jefferson will be a star. Maybe not but at least they aren’t living in fear. But I hate the Knicks moves. Getting a black hole (meaning, the ball goes in but never comes out) like Randolph to play with a team of gunners seems like a recipe for disaster. And that’s not even considering his off-court stuff. All the Knick fans are drinking the Kool-Aid right out of the Kool-Aid man’s ass. This will never work. The Nets did ok with Sean Williams and overall the East got better. Which would be cool except that the West got better as well. Far as i’m concerned, next year is looking like deja vu all over again.