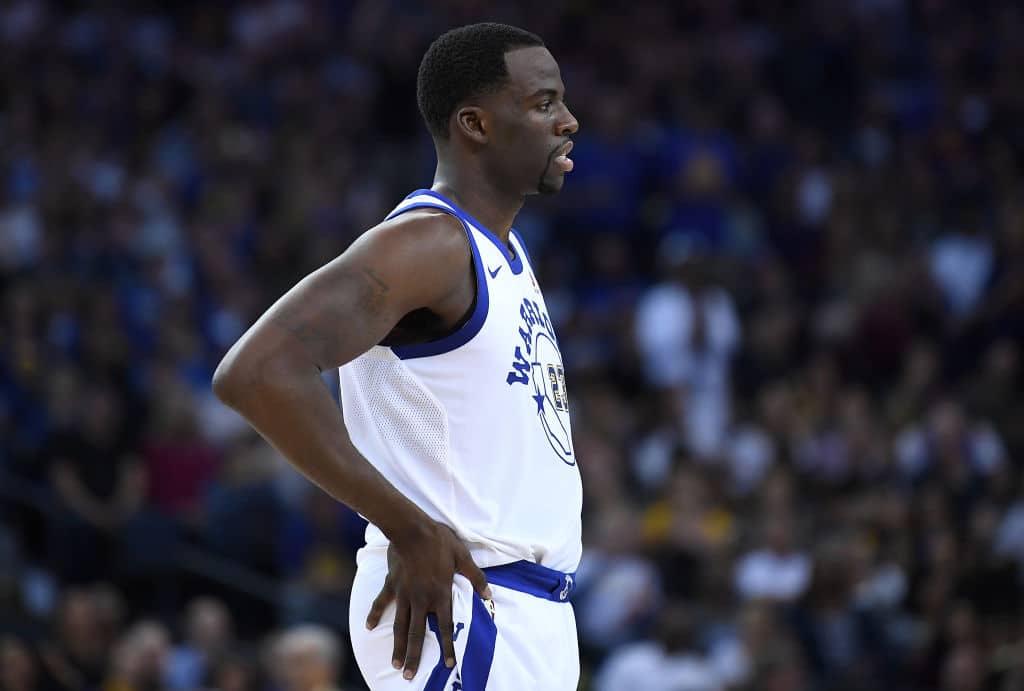 Draymond Green‘s $25K fine for his role in the altercation with Bradley Beal “came as no surprise” to the All-Star forward.

Green was quick to point out a lack of consistency in the NBA’s handing out of punishment: the League didn’t do anything about Blazers GM Neil Olshey apparently flipping his middle finger after Blake Griffin hit a game-winning three last week.

Draymond still can’t quite figure out why he was fined in the first place.

“It came as no surprise to me,” he said. “I was naive enough to think that the first tech [for arguing an offensive foul call] would get rescinded since I said it wasn’t my shoulder. But, silly me to think they’re going to take a tech back from me. I was also naive enough to think they’d say, you know, I got slapped, or whatever I got in the face and then grabbed. I don’t know what else you’re supposed to do at that point. I didn’t even grab him and slam him. I grabbed him and held my ground, and then they slammed me on top of him. What did they say? I continued, or I failed to disengage? How do you disengage at that point? That sounds like we got him, to me. I have never heard that before in my life.”

Green then directed his ire at an NBA executive.

“They got presidents of teams giving middle fingers on national TV and nothing’s said,” he said. “You don’t want to shine the light on somebody else. They got someone else to be the bad guy, so I’ll just keep being me. I guess I’m not supposed to be me. I tried that. That s— don’t work, either. So, it is what it is. I wish I had a better answer, but I really don’t have a better answer. Failing to disengage? I don’t know what that means. Getting punched, grabbed and slammed is maybe what that means.”

Sources said the league looked into the matter and learned that Olshey’s hand gesture was directed at a close friend, who is a fan of the Clippers, which is why no punishment was issued.