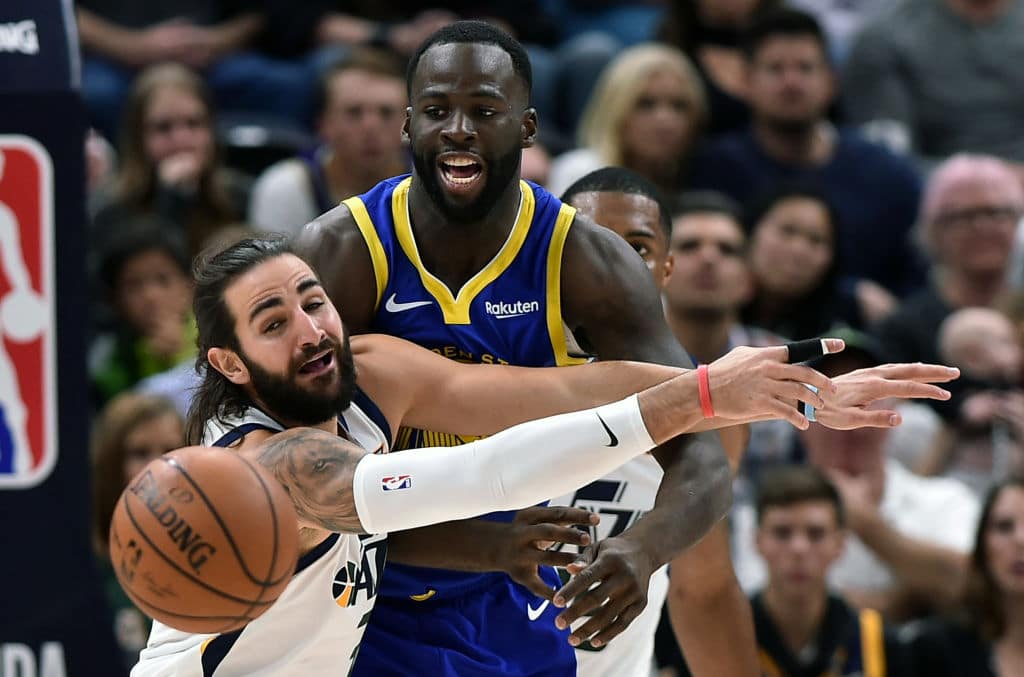 After their first loss of the season, Draymond Green and his teammates didn’t want to blame anybody but themselves — but they know the game is being called differently this year. As Draymond said — “Defense isn’t really an emphasis anymore in this league.” https://t.co/bPxTeeKchg

10 out of 30 teams across the League are giving up at least 120 points per game so far this season.

“It’s been called pretty tight,” Green said. “We were told that. Defense isn’t really an emphasis anymore in this league. So I think you’re seeing it all around the league with these high scores. We know what the emphasis is. Just got to be better and we haven’t done that in three games. Maybe we win two of them, but it caught us tonight.”

Green and the Warriors weren’t using the extra foul calls as an excuse, just speaking more about a new reality. After being whistled for 29 fouls and sending the Nuggets to the line 46 times, the Warriors have now been called for 81 fouls through the first three games of the season.

“We got to be smarter,” he said. “We can’t sit there and act like every foul call on us is wrong throughout the course of the game. The officials are going to get some wrong, that’s just the nature of the beast, they’re human, that’s the game we play. To clean that up, to combat that, we can’t have the stupid ones because what they do is an inexact science. So they’re not going to get them all right, how do you combat that? Clean up our defense, stop using our hands as much, stop reaching. And right now we’re not doing a good job of that.”