Draymond Green Picks Donovan Mitchell For Rookie of the Year 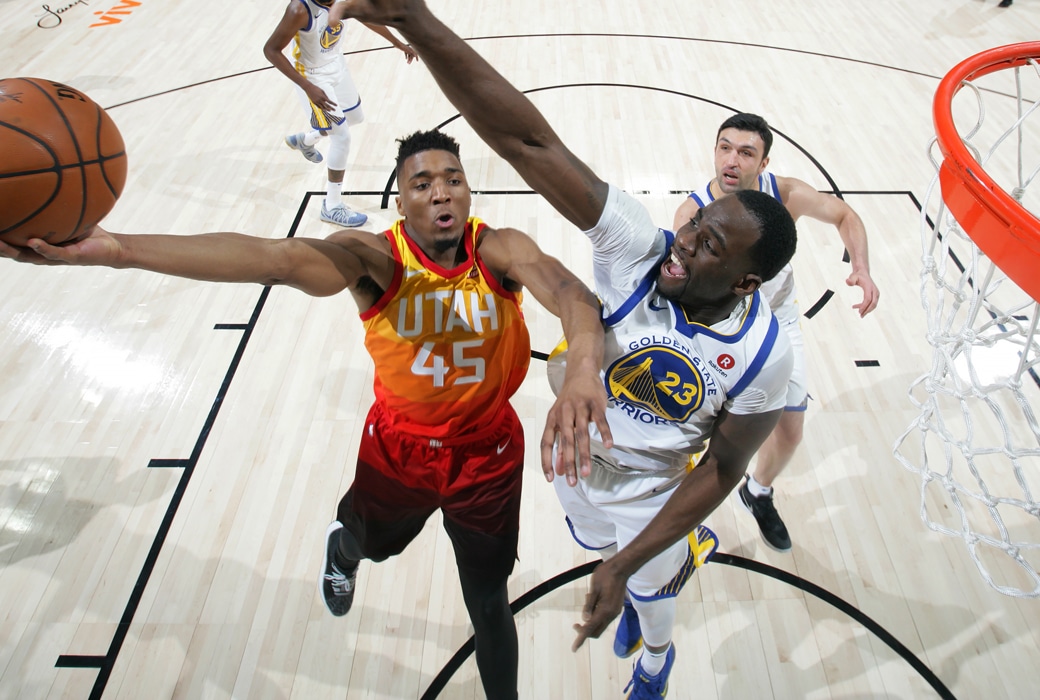 Draymond Green says Donovan Mitchell deserves the Rookie of the Year award over Ben Simmons because Mitchell is a “true rookie.”

At shootaround on Tuesday, Draymond said Simmons had the advantage of “having NBA training, eating like a pro, watching film like a pro—I think all that makes a difference.”

Draymond Green says Donovan Mitchell is his pick for Rookie of the Year but you can’t do wrong with Ben Simmons, either. pic.twitter.com/toUSlrzQFC

“I don’t think that, really, you can go wrong with either. Donovan or Ben, they’re both have spectacular years.

“For me, I would go with Donovan just for the simple fact: I think he’s a true rookie.

“With Ben, I think just having NBA training, eating like a pro, watching film like a pro, I think all that makes a difference.

“Not taking away anything that he’s doing because he’s having a fantastic year, and I think he’ll be one of the faces of this league for years to come.

“But for me, what Donovan has done, just coming straight out of college and doing what he’s doing, would give him the nod for me.”