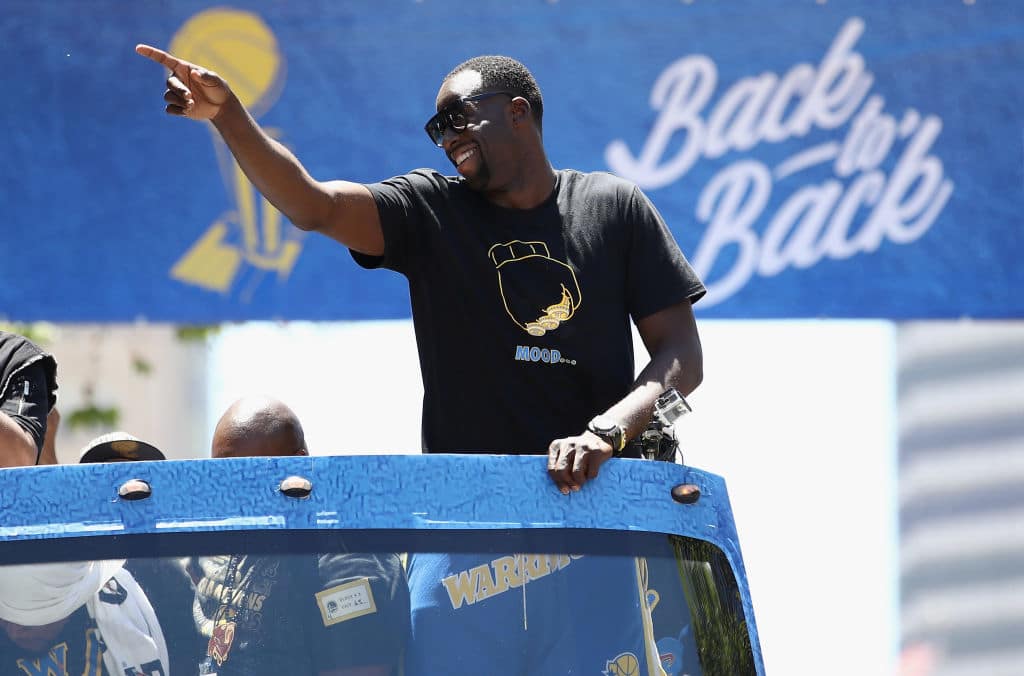 Draymond Green has some advice for the Golden State Warriors’ front-office heading into the 2018 NBA Draft: get players who are ready to go into playoff battle.

Green has no interest in teaming up with guys built just for the regular season.

Larry Harris said Draymond Green's given the front office a piece of advice: "There are 82-game players, then there are 16-game players." Draymond's interested in the 16-game (playoff-type) players.

“Who am I to say I know more than Draymond Green about basketball?” Myers asked. “It probably is the other way around. If you want somebody whose opinion holds some weight … he watches college. He comes to the workouts. So maybe he should make the pick.”

Myers wasn’t entirely serious about that, but he’s also not dismissing the possibility.

“When he speaks,” Myers said, “we give him the gravity that his comments deserve.”

“Draymond’s been here the last three days,” [assistant GM/chief scout Larry] Harris said. “He was in a meeting with us in our draft room for a couple hours yesterday. He would tell you he was bored. But that’s OK. We’re glad he’s here and he really does care and wants to know.”