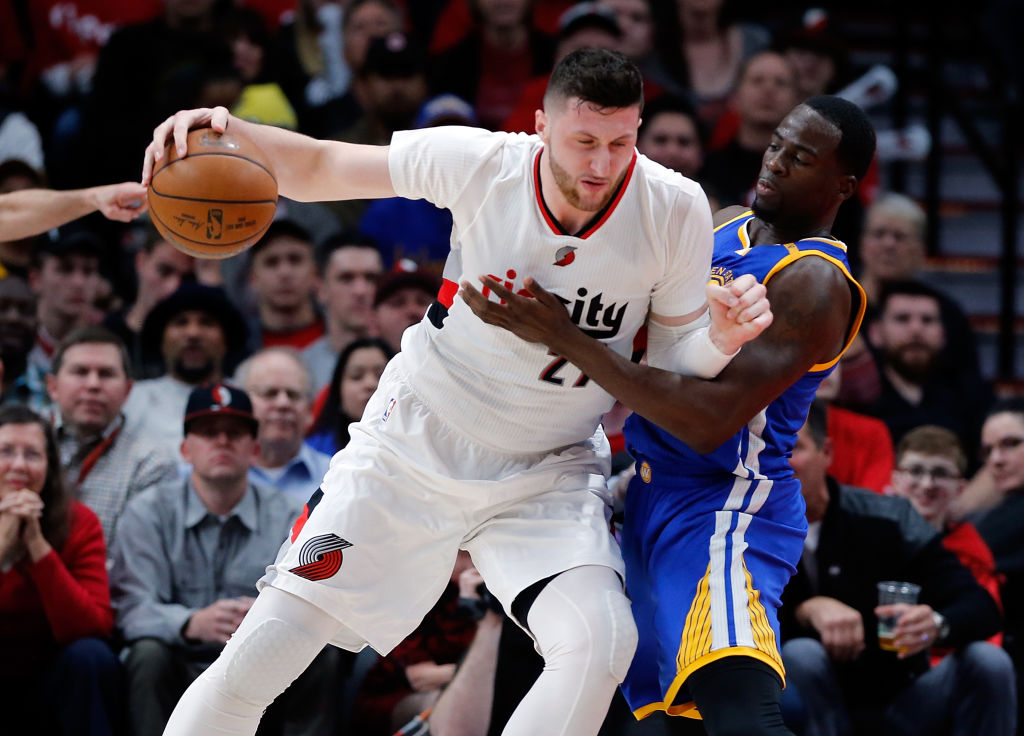 Finding a traditionally dominant big man in the modern NBA is increasingly difficult. As the league shifts further toward the three-point line and gives additional value to floor-spacing bigs, the traditional center is fizzling out.

Draymond Green went to Twitter earlier this week to further bring this situation to light, saying that all big men should hope the Houston Rockets’ center-less style of play doesn’t work against the Lakers.

Jusuf Nurkic, a young and upcoming center for the Portland Trail Blazers had some things to say to Green in response to this on Twitter. He made the case that Green and the Warriors are the reason the league is shifting in this direction.

On the flip side, Nurkic also said that there are plenty of talented young bigs in the NBA and that the center position will never go away. It’s up to him and other young big men around the league to ensure they keep their value.

It’s fascinating that traditional centers have less value than ever and it seems like having a big as your best player isn’t a recipe for success. This is likely why teams are hesitant to use a top pick on James Wiseman in the upcoming draft. In the league today, no team is winning at a high level with a center as their best player. Draymond Green certainly made a great point.