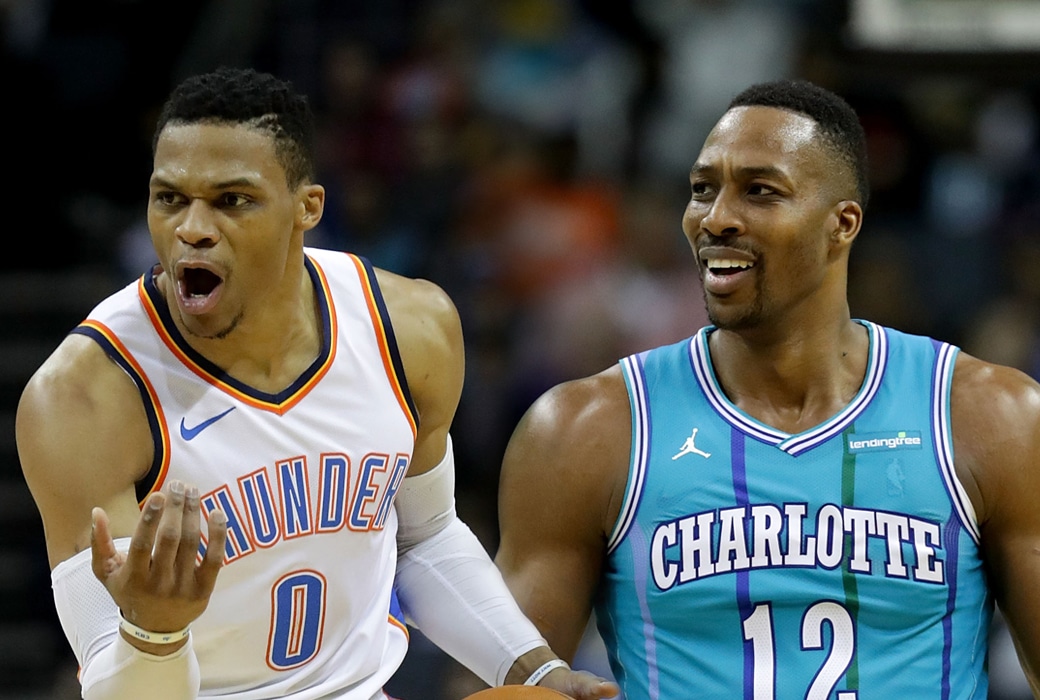 While guesting on ESPN’s Get Up, Howard said that Westbrook should have sacrificed the most among the Thunder‘s Big Three.

Which player should have done the most sacrificing among the Thunder’s Big Three?

Dwight: “I would say Russ. I would say Russ because Russ has the ball more times in his hands. And I watched Carmelo and Paul George at times, and they were just standing there, watching.

“Late in the games, I think the ball should have been more in Carmelo’s hands because he’s more of a closer.

“Paul George, he’s that guy that’s going to get you the 20-30 points between the first and the third quarter.

“Russ, he should just facilitate, get everybody involved early in the game, and just let those guys play.

“At this point in his career, he’s done everything as far as the individual. He has all the accolades. But now, it should just be about making everyone around him better.”