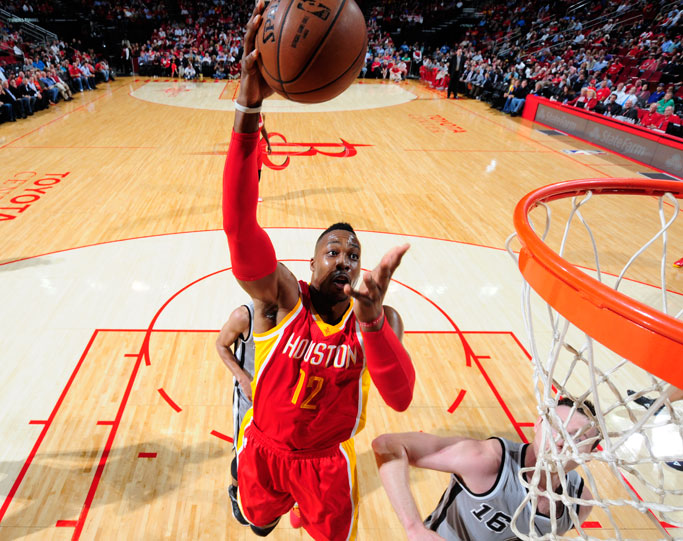 The defending champion Spurs were undermanned and overmatched in Houston, as the Rockets jumped out to an early lead and never looked back. San Antonio missed its first 11 shots from the field and scored just 29 first-half points. Meanwhile, Dwight Howard was an absolute force, catching lob after lob and finishing with 32 points and 16 boards to help his team remain undefeated.

Midway through the third quarter, James Harden caught a backdoor pass and served up a facial dunk on Aron Baynes. Yup, that pretty much summed up the game. Harden and his beard posted a 20/6/6 statline and Jason Terry scored 16 off the bench in 21 minutes. The Spurs were without five of its regulars; Coach Pop gave Timmy and Manu the night off, while Marco Belinelli, Patty Mills, and Tiago Splitter all sat due to injury. San Antonio shot just 34.4% from the field including an abysmal 2-20 from three-point land.

The Blazers manhandled the Mavericks for the night’s second rout, in which Damian Lillard and LaMarcus Aldridge combined for 38 points to effectively snap Dallas’ three-game win streak. Nicolas Batum posted a near-triple double with 8, 9, and 9, CJ McCollum added a spark with 13 off the bench, and Portland out-muscled the Mavs on the boards by a total of 53-34. . Dirk and Monta put up 17 and 14 points, respectively, but the rest of the team struggled to find the cup in a 21-point defeat. The Blazers trailed by four points at the half but came out white-hot in the third quarter to outscore Dallas 35-18 in the period.