Dwyane Wade Wants His Son To Learn from Derrick Rose 🌹 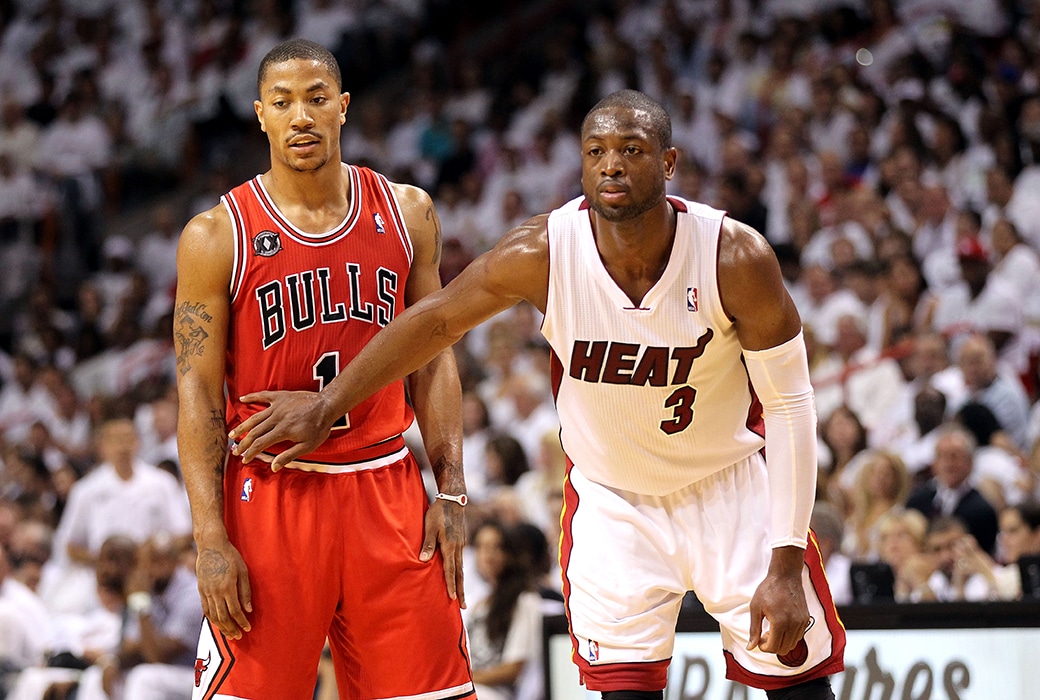 Last season as a member of the Cavs, Dwyane Wade witnessed Derrick Rose‘s daily preparation that contributed to his resurgence this season.

In an interview with reporter Ashley Nevel on Wednesday, Wade said he wants his oldest son, Zaire, to spend time with Rose to see how he prepares himself to play the game.

“I think it’s been great for kids to be able to see a guy who came in with so much athleticism and go through what he’s been through, but still pick himself up and continue to do something that he loves and do it differently but still be very good at it. And it looks like he’s having a lot of joy.”