The First To Do It

We got a glimpse of hoops pioneer Earl Lloyd's 'The First To Do It' while down in New Orleans. 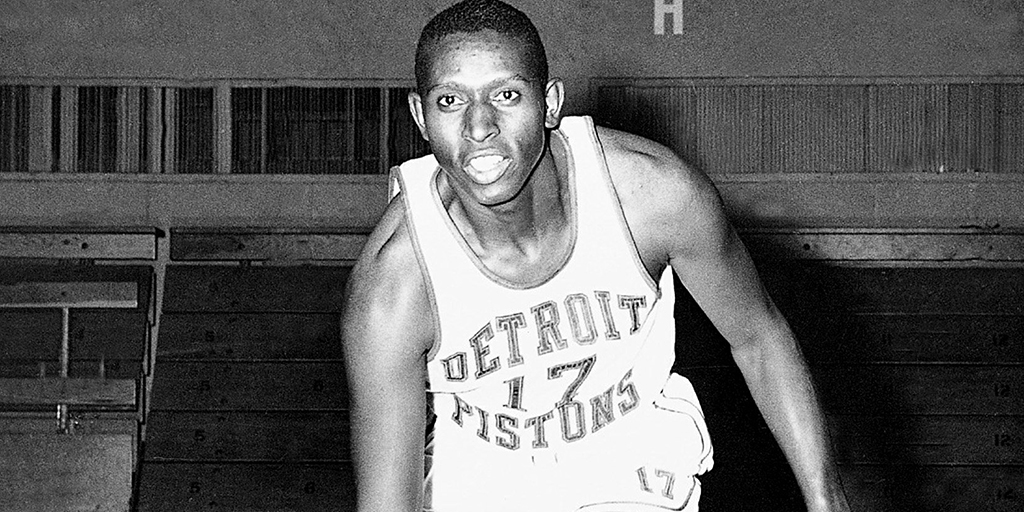 There was a time when the NBA did not allow African-Americans to play. In 1950, Earl Lloyd changed that, paving the way for men of color to play in the League and changing the nature of the game forever. Now, thanks to the National Basketball Players Association Foundation and many others, his story is being shared with the world.

Guests of all ethnic backgrounds filled the historic Le Petit Theatre in New Orleans—ironically founded before public venues were legally integrated in the South—to watch the premiere of The First To Do It, a documentary based on Lloyd’s career and life.

Though the directors noted that there are still some final touches to be added before the film hits theaters in April, the piece had a significant impact on those who attended.

“This is just a powerful documentary, showing a man’s life work and what he meant to the game today,” said former NBA All-Star and Knicks legend John Starks. “You hear about Earl Lloyd but you really don’t know the man. This documentary shows you [Lloyd] was more than just a sports figure. He was an incredible human being that touched lives and changed lives. I’m glad that they were able to make this documentary so that young players and people in general could understand that this man had a profound effect on society as a whole.”

As Starks pointed out, Lloyd’s impact reaches well beyond basketball. The film is told from Lloyd’s perspective, as narrator Deon Cole (comedian and Blackish star) explores his early life, college years at West Virginia State University, the years he played in the League, as a coach and his time as a pillar of strength to the community in Detroit and beyond.

His path to success wasn’t easy. Hailing from Alexandria, Virginia, Lloyd had little interaction with his white counterparts. It was totally different when he started to play in the League. While black players flourished with the Black Fives and as Harlem Globetrotters, the NBA was still all-white, and it was not an easy feat to integrate the League when Earl Lloyd began to play. Drafted by the Washington Capitols, a large chorus was not happy about his presence.

“His success should be a lesson not just for the kids, but even to old and young men because of what it took for him mentally. To become a successful ‘experiment,’ he had to pass the mental test and the mental test was having self control,” shared Kenny Lloyd, Earl’s eldest son. Kenny was interviewed in the film and was instrumental in sharing his father’s story for the project. “It’s imperative that we know our history. If you don’t know your history, I don’t think you’ll know about you’ll ever arrive at your future,” Kenny shared. “The last things my father taught me is ‘when you learn how to control your thoughts, you learn how to control your destiny.’”

Though the adults were greatly impacted, the youth in the room and in Lloyd’s family took a lot away from the film and his life. “The film was really touching. It was so much in there that I didn’t know. It was so nice to be informed,” shared Antoinette Williams, Student Council President at McDonogh 35 Senior High School. Further, Lloyd’s grandson, Myles Lloyd made a children’s book that he shared with students in the Lower 9th Ward in New Orleans, the day after the premiere.