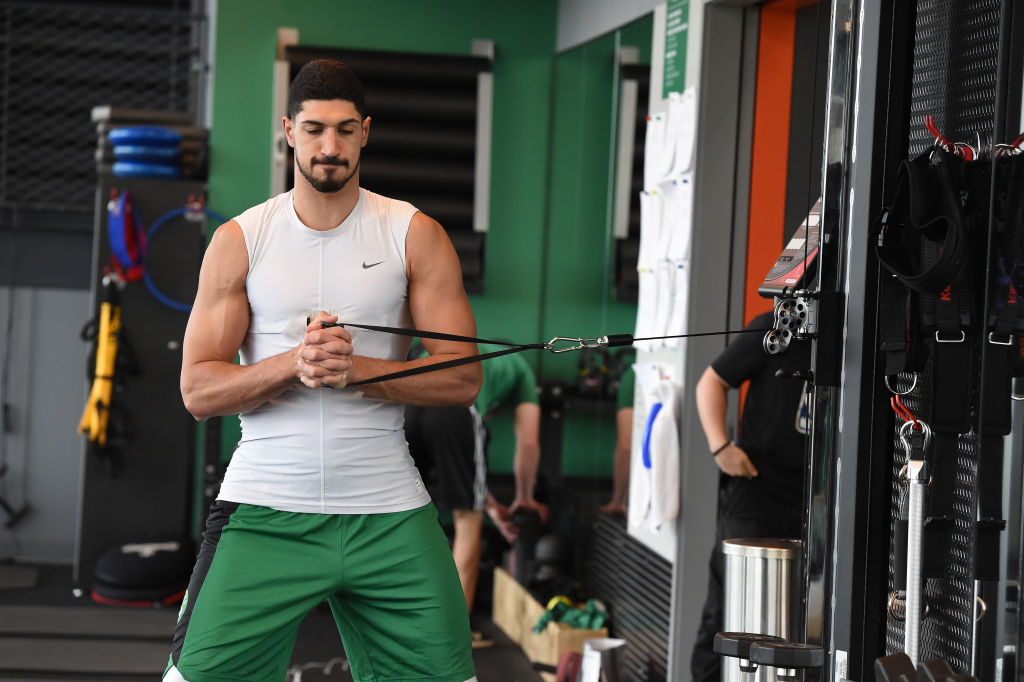 While 28-year-old Enes Kanter has plenty of hoops ahead of him, the Turkish big man intends to join WWE following his basketball career. According to Shams Charania of Stadium, Kanter already has an offer on the table that he’s eager to accept.

“I am definitely becoming a WWE wrestler,” Kanter said. “I already have offers from WWE but I have to finish my basketball career first.“

The 6-11, 250-pound big man would cut an imposing figure in the ring but he wouldn’t be the first NBA player to make the leap. Karl Malone and Dennis Rodman famously joined WCW on a temporary basis in the mid-90s.

Kanter’s obsession with wrestling has been well-chronicled over the years – like in this Vice profile – and he once emulated iconic wrestler Undertaker’s entrance when he was introduced at a Kentucky event back in 2010.