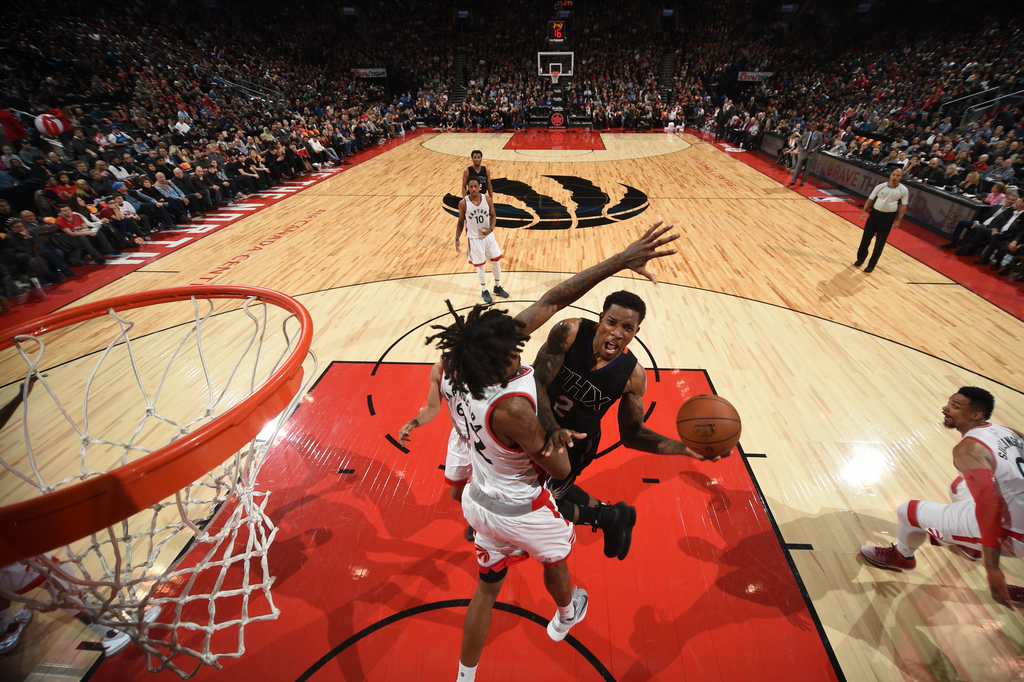 Eric Bledsoe detonated for a career-best 40 points Sunday night in Toronto, leading the Phoenix Suns to a 115-103 win against the Raptors.

Bledsoe also handed out 13 dimes in the victory.

DeMar DeRozan chipped in 22 points for the Raps.

“I’m just trying to win, man,” Bledsoe said after scoring a career-high 40 points and dishing 13 assists in the Suns’ 115-103 win over the Toronto Raptors in front of 19,800 fans at the Air Canada Centre. “No matter if I’m playing good or not, everybody else is stepping up as well. I just got to keep playing the way I’m playing and leading my team.”

On Saturday night in New York, Suns guard Devin Booker made the big shot, the eventual game-winner. He deserved the headlines. That’s how it works. But Bledsoe was darned good against the Knicks as well, posting 23 points, five rebounds and seven assists. He committed no turnovers in 39 minutes and made 10 of 10 from the foul line. […] Then came Sunday’s encore.


“Wow,” Suns coach Earl Watson said after repeating his point guard’s numbers. “… This is the best I’ve seen him. He’s not just playing at a high level. The points and the assists and the numbers say a lot, but his vocal leadership has grown. Change is not going to happen immediately, but as a team and family, we just stayed with it. And Eric stayed with it.”