Eric Gordon: Rockets Would Be in Finals With Healthy Chris Paul 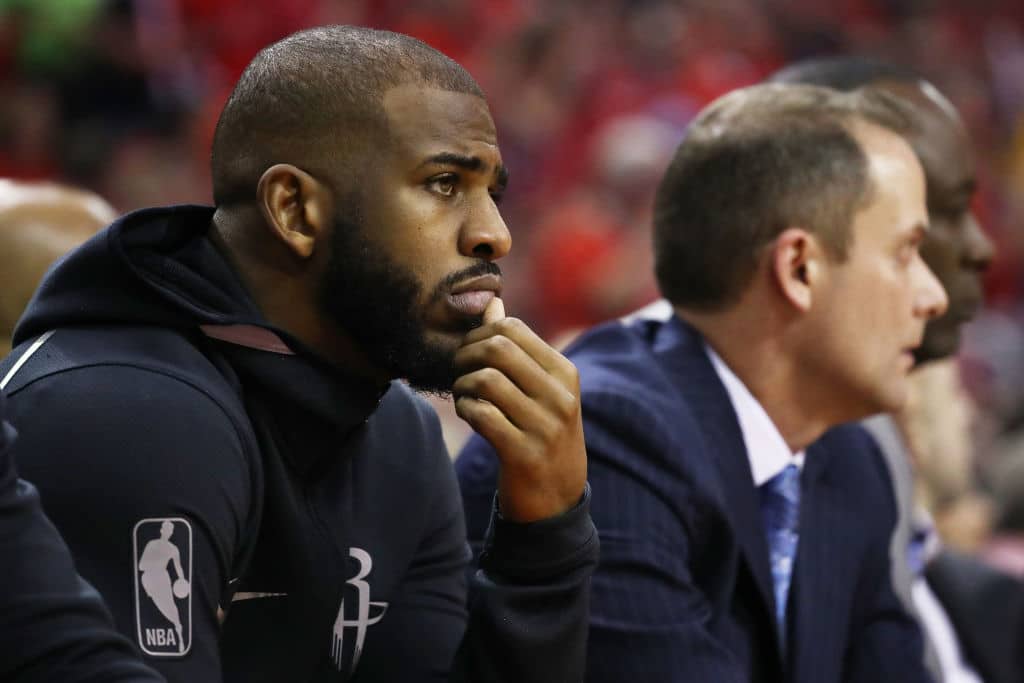 Had Chris Paul not be been ruled out with a hamstring injury, the Houston Rockets would be in the NBA Finals, according to teammate Eric Gordon.

Eric Gordon on Chris Paul's absence: "If he was out there, we would be playing on Thursday."

Instead, we’re getting Round 4 of Cleveland vs Golden State for all the marbles, after the Warriors rallied to take Game 7 of the Western Conference Finals 101-92.

Rockets GM Darly Morey said his team should have won Monday night’s do-or-die affair regardless of who was in uniform.

Rockets general manager Daryl Morey: "We should have won tonight. I don't have much else to say."

“It sucks because you know you could win this series if we just had one more playmaker,” Gordon said after the Rockets’ 101-92 loss Monday night in Game 7. “If we had Chris, if he was out there, we’d have been playing on Thursday. It’s just tough.”

Paul, a nine-time All-Star point guard, missed the final two games of the Western Conference finals after injuring his hamstring in the final minute of Houston’s Game 5 win. The Rockets built double-digit halftime leads in Games 6 and 7, but the Golden State Warriors rallied on both occasions to eliminate Houston and advance to their fourth straight Finals.

“That’s what C.P. was so good at in two [of the] games we won,” [Rockets head coach Mike] D’Antoni said. “They’d make a little run, he’d hit a 3. They make another run, and he makes another play. And you have to have those momentum changers and stoppers, and the last two games, we didn’t have them.”