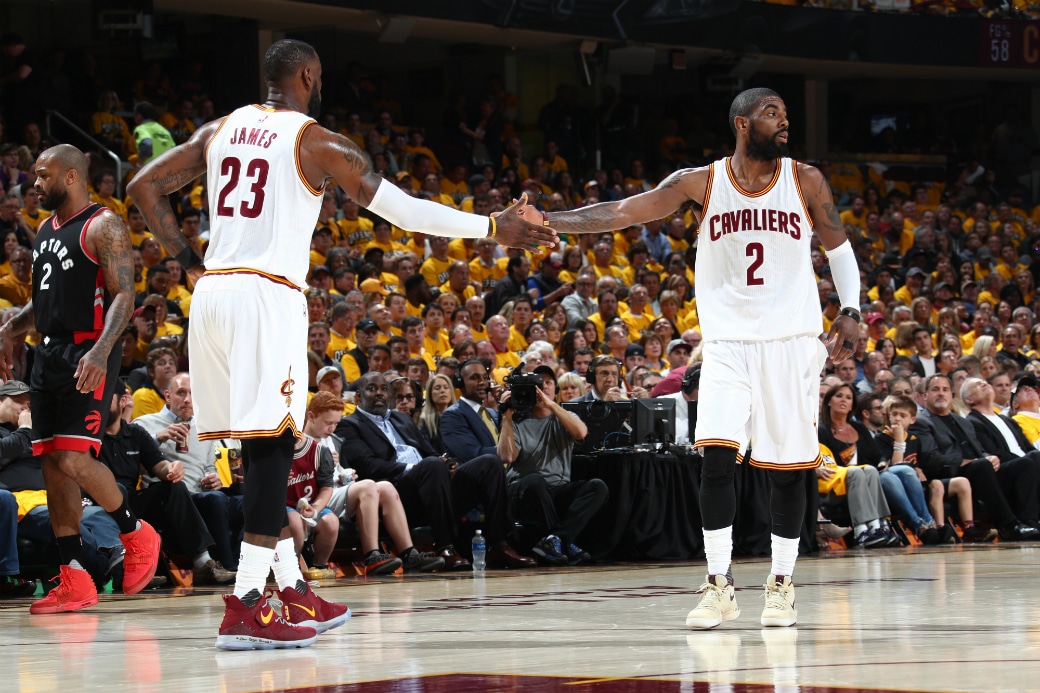 After three seasons together, and three straight NBA Finals appearances, the LeBron James–Kyrie Irving era came to an end.

Irving shockingly requested a trade last summer and was eventually dealt to Boston.

Now with the Cavaliers and Celtics set to square off in the East Finals (without Kyrie, unfortunately), former Cleveland GM David Griffin hopped on The Bill Simmons podcast and explained why he believes the duo didn’t work out:

Why didn’t LeBron and Kyrie work? Ex-Cavaliers GM David Griffin explains to @billsimmons why the situation in Cleveland was never going to be like Jordan and Pippen. pic.twitter.com/ubhr65R9cf

“I really think it was a situational thing. Somebody has to be Pippen and somebody has to be Jordan, and I think that’s true. But Scottie Pippen got to the League because he was a freakishly gifted defensive player. Everything he had that brought him to the ;eague helped him grow and evolve to the point where he was as good as he was. But it wasn’t like the situation in Chicago precluded him from showing those things. Michael needed everything that Scottie was, so they fit together.

And I think the fit of LeBron and Kyrie was difficult because Kyrie was so good offensively and had been carrying the load offensively for a bad team. Hadn’t been raised to understand how to lead and help you win necessarily. Hadn’t been given that opportunity yet and just when we were going to be good LeBron shows up and it’s his team. So he never got the chance to take the natural progression in his career where he had to try to carry the load and see how good he could be. And he really wanted that. He’d been doing it on a bad team. He wanted the chance to do it on a good team.

It wasn’t about being the man, it’s how good can I be? What am I capable of? LeBron can score, he doesn’t need me to score. LeBron can make all the passes, he doesn’t need me to do that. I’m not a better defender than he is. So I think you get to the point where the fit and the need LeBron had for Kyrie wasn’t going to allow him to become Scottie because he didn’t need Kyrie to fill in the gaps necessarily.”