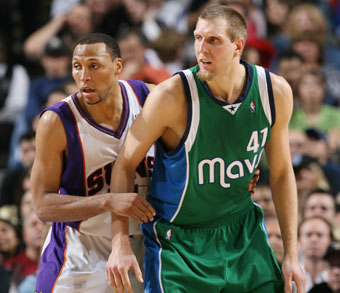 In Part II of the fantasy preview (click here for part I) we are taking a look at the front court, and the guys you shouldn’t be nappin’ on in the late rounds of your draft, the sleepers…

POWER FORWARD– The power forward slot has some up and comers but the top of the food chain is still controlled by the old heads. If you can manage to grab a PF who also qualifies at center in your league, that’s the ideal situation.

CENTER – The five spot is without a doubt the hardest position to fill with quality players. Most leagues start two centers and with that in mind, owners should make sure they have depth in the middle. This means drafting a center is your first priority.

With all the positive things the Internet has done for fantasy sports the fact that it effectively destroyed the concept of “sleepers” can be forgiven. Here are some guys you probably know, but might have under valued as you prepare for your draft.