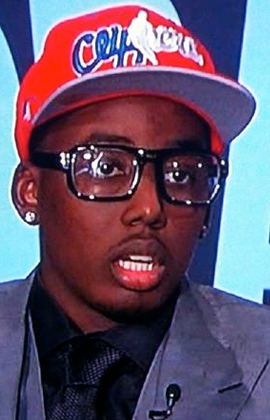 The Denver Nuggets continue to fall after the loss of Danilo Gallinari, having lost five of their last six and going a dismal 4-10 in February with a game against Portland remaining. Since last week, the Nuggets’ playoff odds have dropped a precipitous 24.7% and now have just above a 50/50 shot at making it in the tough West. They are the quickest team in the League, averaging 95 possessions per game, but their defense allows over 104 points per 100 possessions and an effective field goal percentage of 50.4%, No. 26 in the League.

The Grizzlies increased their playoff odds by over 10% this past week (partially because of the demise of the Nuggets). Winning five of their last six, the Grizzlies will benefit from a soft schedule in March. They play Toronto twice, Washington, Sacramento, Milwaukee, Golden State and Phoenix among others. The best weapon the Grizzlies have is their ability to force turnovers, which they do on 16.6% of possessions, more than any other team in the League.

The Lakers, Rockets and Hawks all sit at 20-14 with NERD rankings between 54 and 57. Here we can see the biggest discrepancy between the East and West playoff races. L.A. and Houston sit in fifth and sixth respectively, and both have between an 80% and 90% chance of making the playoffs. Atlanta is also in sixth, but given the weak bottom of the East, they have over a 99% chance of reaching post-season play. Outside of New Orleans and Sacramento, everyone in the West has some chance at making the playoffs (even Phoenix at 0.3%!).