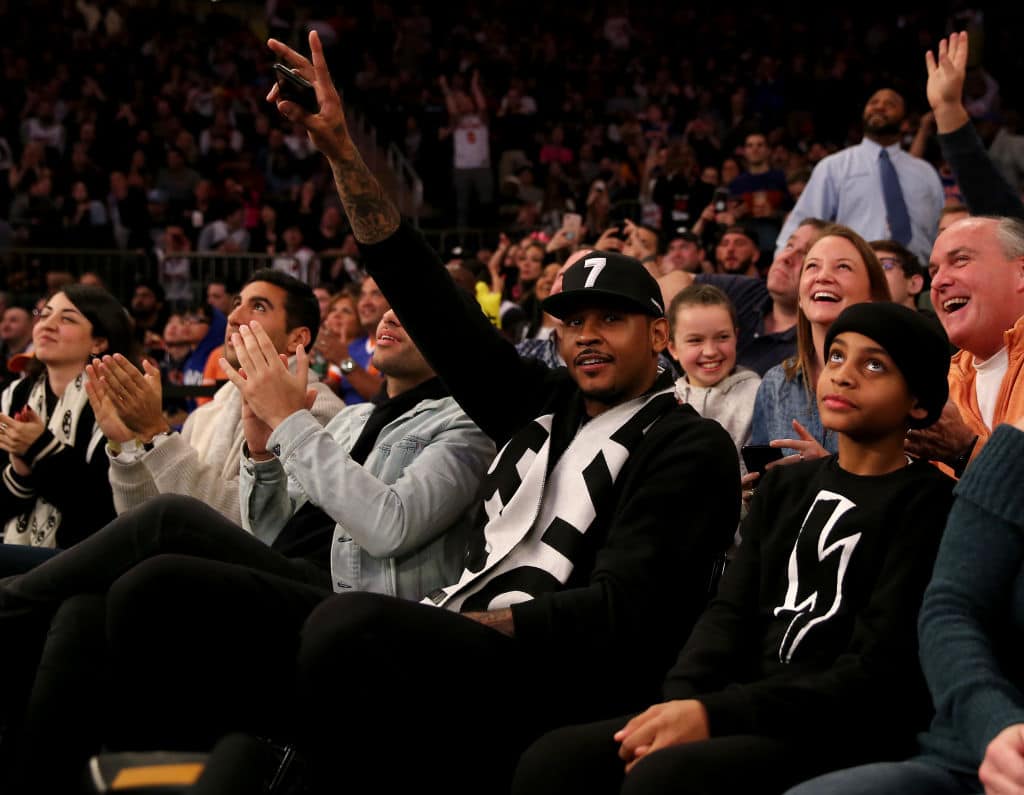 There are no official reports that Carmelo Anthony is zeroing in on a 2019-20 deal with an NBA club but that doesn’t mean he and his camp haven’t been preparing for such an offer.

Today, Ian Begley and Anthony Puccio of SportsNet New York report that the 35-year-old veteran has recently participated in informal workouts and scrimmages with Brooklyn Nets players in Los Angeles.

Anthony, who played parts of seven seasons with the New York Knicks, would be the latest in a long line of stars at various stages in their careers who’ve joined the Brooklyn Nets franchise this summer.

In order for Brooklyn to accommodate Anthony and keep him when rosters drop from 18 players down to 15 in October, they would need to waive another player to clear space. Given that a large contingent of their rotation is already made up of fresh faces, that may not be something the team is eager to do.

Earlier this month, Anthony spoke with ESPN, mentioning that he and his camp have been in touch with several franchises about a 2019-20 contract. The Los Angeles Lakers and Los Angeles Clippers were mentioned as potential suitors at the time.

There’s no indication that the Nets organization is specifically interested in signing Anthony to a contract. As Puccio and Begley relay, Nets forward Caris Levert has already revealed that it was Nets addition Kyrie Irving who organized the team workouts in which Anthony has participated.

Anthony played 10 games for the Houston Rockets last season after spending the 2017-18 campaign with the Oklahoma City Thunder.

The Knicks, for whom Anthony played prior to OKC, recently revealed that they considered the option of bringing Anthony back if they managed to sign other big name free agents this offseason. They didn’t and pivoted when players like Irving and Kevin Durant opted to sign with Brooklyn instead.