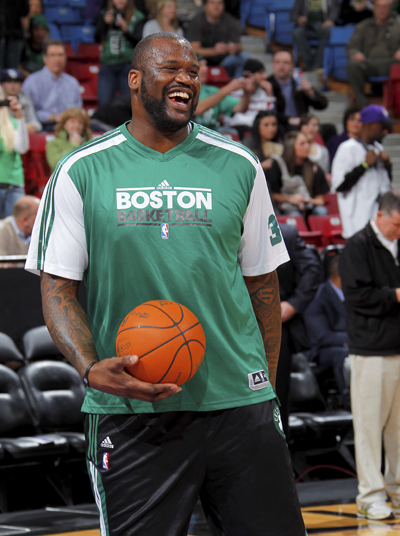 Shaquille O’Neal made his debut on the front of SLAM in January of 1995 (SLAM #3), and he’s continued to make appearances in that space for the past decade and a half. In celebration of the Big Shamrock’s (or whatever he’s calling himself these days) 39th birthday today, we’re running this gallery of Shaq covers, which we think provide a solid through-the-years chronicle of one of the League’s most talented and entertaining players ever. Happy b-day, Big Fella!