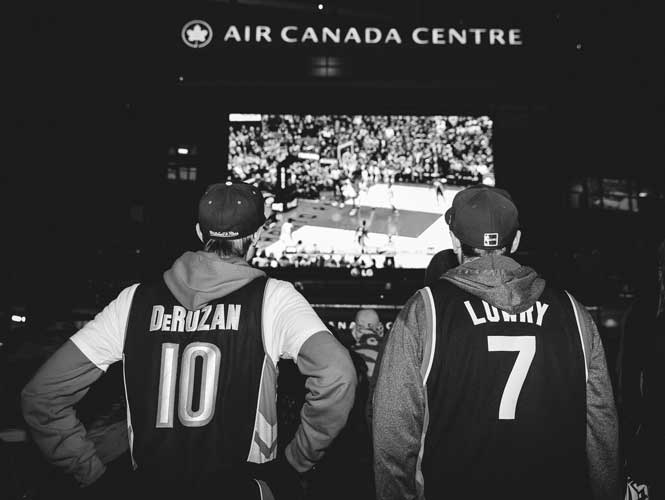 As we covered in detail for the cover story of SLAM 198 featuring Kyle Lowry, DeMar DeRozan and Drake, Toronto is alive right now with excitement for the Raptors like never before. Nowhere is that energy more evident than in the square outside the Air Canada Centre that’s been dubbed “Jurassic Park.”

We sent our friend and well-known local photographer by Charlie Lindsay (aka @doncharleone) out to see how Toronto fans took in the action of a thrilling Game 7 victory over Indiana on Sunday night. Scroll through the photos above to see the best snapshots, from tip off to the final buzzer.