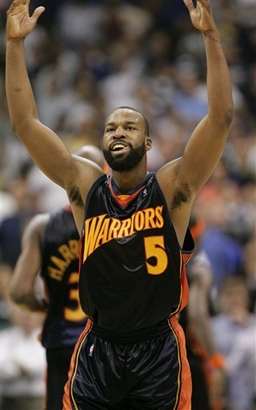 What can I say, I like giving out awards. Player of the D.A.Y. was one player per day from all of the games on a given night. The playoffs, with their heightened importance, deserve more. I will give out a player of the game-type award to all playoff games. What will I call it? Don’t know yet. Playoffers of the Day? Eh. Let’s get right into it, since every series has played one game. These are the players that led their team to victory in game one.

DENVER: Carmelo. Although Nene put out so much energy, he made Duncan look slow and old at times.

There you have it. If you have any suggestions on how to improve this gimmick, I am all ears as they say.